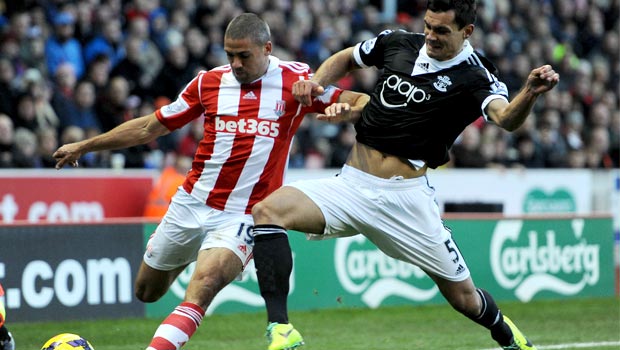 Southampton will look to stretch their unbeaten Premier League run to five games when they host Stoke City on Saturday afternoon.

The heady days of being in the top four now seem a long time ago for the Saints but eight points from their last four games has seen the south-coast club consolidate its position in mid table.

A 3-0 victory over Fulham at Craven Cottage last time out will have given everyone at the club a shot in the arm although reports that Real Madrid are targeting Mauricio Pochettino as a possible replacement for Carlo Ancelotti will not be welcome news at St Mary’s.

But, although the Argentine coach stated that “a contract does not guarantee you are going to be at a club,” he appears happy to see out his deal until the end of the 2015 season – for now.

Southampton, who are priced at 1.49 to down Stoke, will have Kenyan midfielder Victor Wanyama available to face the Potters as he has overcome the knock sustained against Fulham, but Calum Chambers is rated as doubtful.

Teenage striker Sam Gallagher will not be available following a family bereavement, while Dejan Lovren and Gaston Ramirez remain absent.

Stoke, who are on offer at 7.02 to claim the spoils, will check on the fitness of forwards Marko Arnautovic and Jonathan Walters, who both picked up knocks in last week’s superb victory over Manchester United, while defender Marc Wilson is also a doubt due to a chest infection.

Mark Hughes’ men claimed their first win in seven league games against the Red Devils and are one of a number of clubs who could slip back into trouble with just a couple of bad results.