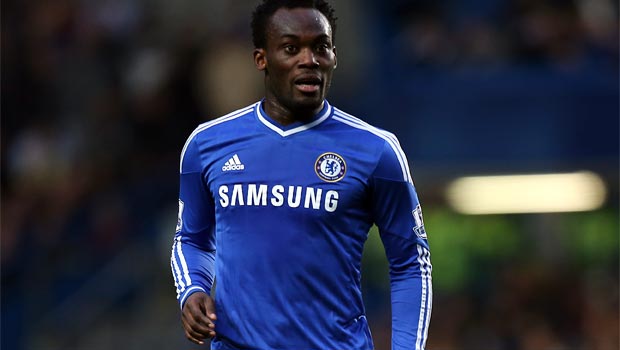 The 31-year-old has struggled for action with Chelsea over the last 18 months and spent last season on loan at Real Madrid, where he starred under the leadership of Jose Mourinho.

After Mourinho returned to Stamford Bridge it was thought the Ghana international could still have a future with Chelsea, but that has not turned out to be the case.

Essien has again struggled to play and with the World Cup just around the corner, the midfielder was keen to move on in search of first-team football.

Mourinho has granted him that wish but admits it is with a heavy heart that he lets him move on.

“To show Michael respect is to not stop him going,” Mourinho said.

“We would have been happy had he stayed because he is fantastic player for the team, but he’s given everything for the club and a great chance arrived for his future.

“I know he can continue to play at a high level and I wish him success and happiness in Italy and at the World Cup in Brazil.”

Milan are struggling in Serie A as they sit a massive 28 points behind league leaders Juventus and they have already added Japanese playmaker Keisuke Honda from CSKA Moscow and French defender Adil Rami from Valencia, to their squad.

A statement from AC Milan read: “AC Milan announce they have acquired Michael Essien from Chelsea. He has signed a contract until June 30, 2015.”