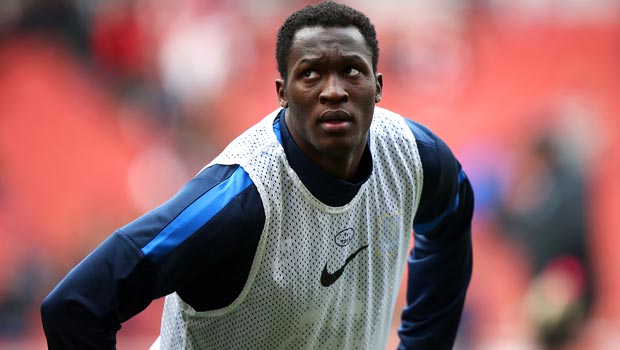 Romelu Lukaku has revealed his target of staying at Chelsea this summer to help Jose Mourinho solve his goalscoring problems at Stamford Bridge next season.

The 21-year-old Belgium international is currently preparing for the World Cup in Brazil later this month and scored in Sunday’s 2-0 friendly win against Sweden along with Chelsea team-mate Eden Hazard.

However, while he is fully focused on helping his country make a big impact in South America, Lukaku is also looking ahead to his future with regards to the 2014-15 Premier League campaign.

He joined Chelsea from Belgian side Anderlecht in 2011 in a deal that could rise to £17million, but has only played one Premier League match for the west Londoners and is yet to score for them.

However, he has enjoyed successful season-long loans with Premier League side West Brom and Everton respectively, where he proved his prowess in front of goal on a fairly consistent basis.

He still has two years remaining on his contract at Stamford Bridge and, while there has been speculation that he could be offloaded to Atletico Madrid in part-exchange for Spain international Diego Costa, Lukaku wants to stay put and get the chance to prove his worth.

On his future Lukaku told Het Nieuwsblad: “It would be nice to get clarity beforehand, but that will not happen, so I’m completely focused on the World Cup.

“You know, I still have a two-year contract at the biggest club in England, because that’s Chelsea. So I still hope to play there. Chelsea have a good coach.”

He added: “I have been working hard on my game over the past few months and everything seems to be coming out now.
“I have a good feeling about this competition.”

Lukaku is 25.00 to finish the Top Goalscorer in Brazil, while Belgium are 8.00 to be the tournament’s top scorers.