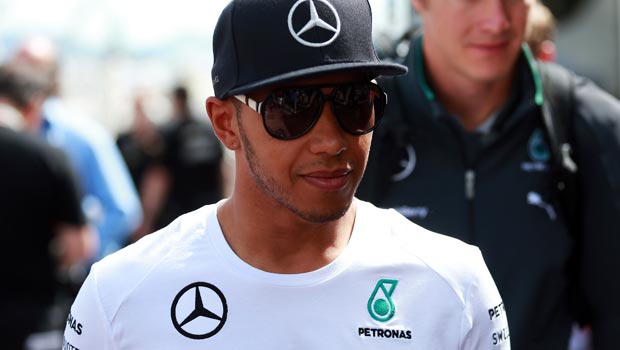 Lewis Hamilton claims he will have more “energy and determination” to win the Canadian Grand Prix on Sunday after losing out to Mercedes team-mate Nico Rosberg in Monaco last time out.

The 2008 world champion felt his team-mate Rosberg denied him the chance to claim a fifth successive race win in the Principality when he ran off the track and triggered the yellow flags which subsequently prevented Hamilton the chance to better his qualification time and sealed pole position for the German.

Rosberg, who was cleared of any wrongdoing by stewards, went on to win the race and with it usurped Hamilton at the top of the drivers’ championship standings, leaving the Briton a frustrated figure as he failed to publicly congratulate his team-mate for the victory.

Hamilton has since spoken out to insist he is back on good terms with Rosberg having held talks with the 28-year-old in the past week.

And looking ahead to the return to action in Montreal, the former McLaren driver is desperate to get back to winning ways.

He told Planet F1: “Monaco was another great weekend for the team and I’m so proud of all the hard work the guys put in to make it happen.

“Of course, from a personal perspective it wasn’t what I was aiming for. I race to win every time and unfortunately it just wasn’t my weekend.

“But I drove with all my heart and gave it all I could, so I head to the next race with even more energy and determination.”

Hamilton, who won his first grand prix in Canada in 2007 and has picked up two further wins in Montreal, added:

“Montreal is one of my favourite weekends of the year. It’s where I won my first grand prix back in 2007 and I’ve had another two victories there since, so it holds some special memories for me.

“The city itself is incredible. It’s one I always love to go to and there’s always a great crowd, so I’m hoping for them that the weather is good and we can put on a great show!”

Hamilton is 1.50 to win the Canadian Grand Prix, while he is the 1.42 to secure the World Drivers’ Championship this year.