Premier League: Terry back for Chelsea 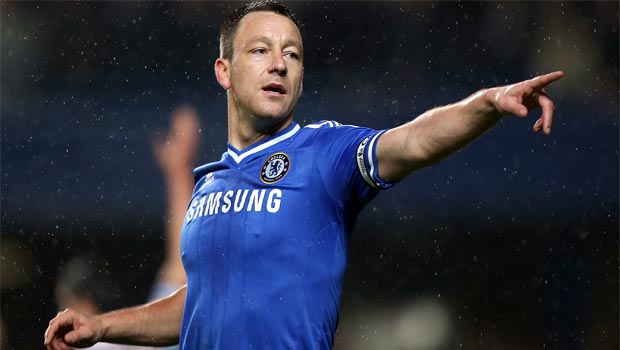 Chelsea boss Jose Mourinho has revealed John Terry will be fit to face Everton on Saturday afternoon but David Luiz will miss out through injury.

Terry has been on the sidelines for the last few games with a muscular injury but will be able to take his place in the Blues’ side for the visit of Everton.

The timing could not be better either as Luiz has a similar kind of injury, although Mourinho expects it will keep him out for just the one game.

Mourinho says Chelsea are able to cope if one of Luiz or Terry is missing, but it becomes a problem when both are ruled out.

“‘If, one day, we don’t have David Luiz and John the situation is more difficult. John being ready keeps our balance,” he said.

“The captain’s armband doesn’t mean so much, it’s a voice on pitch. To have a player to transmit what I need is important.

“John has a level of performance that gives stability to the team, especially one with lots of young people.”

Meanwhile, Mourinho knows his Chelsea side will be in for a tough game against Roberto Martinez’s men, who are going well in Premier League, sitting sixth in the table.

“If we can beat Everton, it is a good weekend for us,” Mourinho added.

“If we lose points at home, it’s never good.

“It doesn’t matter what happened in the past. We think we can beat them because we believe in ourselves.

“Everton are a good team, they defend well and are dangerous on the counter-attack. It’s a team with good balance.”