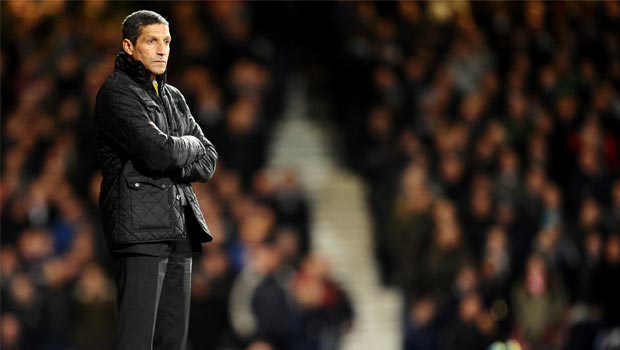 Norwich boss Chris Hughton says he does not live in fear of the sack heading into this weekend’s clash against Tottenham.

The Canaries have picked up just one win in the last 11 games to leave them in a precarious position, just one point above the relegation places, and there have been calls for him to be replaced at the helm.

Hughton still has the support of the Norwich board, but at the same time chief executive David McNally has admitted they are looking at alternatives should things not improve and they have to make a change.

Celtic boss Neil Lennon has been heavily linked with the position should Hughton be ousted, but the Canaries boss says he is too busy to worry about the sack and is staying focused on the job in hand, picking up three points against Spurs.

“I work in an industry that is about momentum, getting results, getting the best out of the players at your disposal,” he said.

“My job on a daily basis is hectic with numerous things you have to make decisions on. That dominates my thoughts, not anything outside that.

“There is so much to management you have to give your 100 per cent concentration and focus and anything outside of that objective will not deter me.”

Meanwhile, Hughton knows his side are in for a tough test against his former side, who he believes are genuine top four contenders.

“The downside for them is they are up against a resurgent Everton and Liverpool, which adds to the possible teams who can genuinely finish in that top four, but they are genuine contenders,” he added.