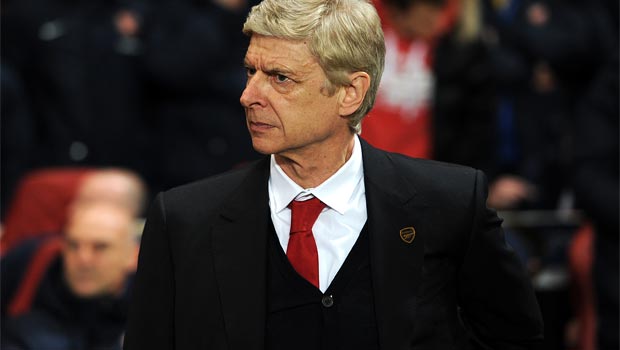 The Merseysiders have four wins in their last five Premier League games, including a 5-1 demolition of the Gunners, and are just four points adrift of league leaders Chelsea.

The Reds are currently fourth in the Premier League table, with Arsenal and Manchester City both ahead of them, and boss Brendan Rodgers has previously played down their chances of taking the top domestic prize.

Chelsea, City and Arsenal are all still involved in the Champions League, although the latter two are in very real danger of being dumped out having both lost 2-0 at home to Barcelona and Bayern Munich respectively in the first legs of their last-16 ties.

Chelsea, however, have a good chance of progressing to the quarter-finals following a 1-1 draw with Galatasaray in the first leg in Turkey.

City have the League Cup final this weekend and are through to the next round of the FA Cup, while the Gunners are also still involved in the FA Cup, with both Chelsea and Liverpool out.

Wenger feels the fact Liverpool are not in Europe or involved in any other cup competitions gives them an advantage in the battle for the Premier League title and expects them to be involved in the fight until the latter stages of the campaign.

“Liverpool is in the race and they have an advantage because it’s the only competition they play,” Wenger said.