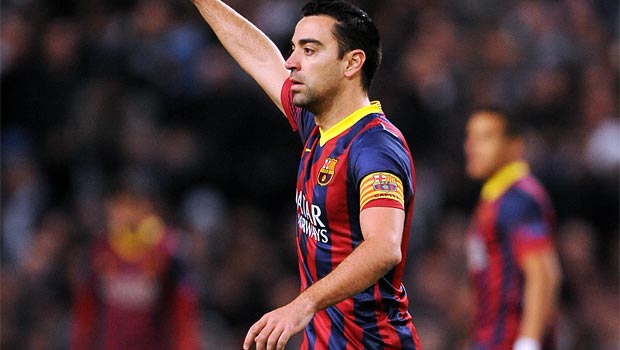 Barcelona boss Gerardo Martino is “dynamic” and “a winner”, according to midfield playmaker Xavi.

The Catalan giants were beaten 3-1 by Real Sociedad in their last La Liga fixture and relinquished top spot in the table as a result.

Xavi, however, remains confident they can emerge victorious at the end of the season and insists Barca will bounce back from their disappointing defeat at the hands of Sociedad.

“Sometimes you have to take one step back to take two forward,” he said.

“That defeat was a step backwards for us in our ambitions to win the league title but there are 13 games left to play – games which we are confronting with optimism.

“Of course losing that way was painful but we have the chance to redeem ourselves [against Almeria] on Sunday.

“In terms of morale we need to recover, knowing that both of the Madrid teams can slip up at any point.”

Martino came in for some criticism following the defeat and the Barca boss accepted the full responsibility for the loss.

Xavi, who was an unused substitute at La Real, has moved to defend his manager and insists Martino can guide Barcelona to success this season.

He added: “Tata is a natural leader, he’s a football man, he’s dynamic and he’s a winner.”