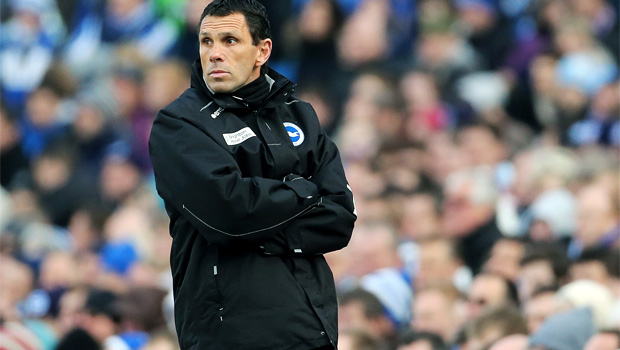 Gus Poyet says he would be very interested in becoming the next Sunderland manager after holding discussions with the Black Cats about the vacancy.

The Uruguayan coach has emerged as the odds-on favourite to succeed Paolo Di Canio at the Stadium of Light in the last few days after it was reported that Sunderland had been in contact.

Poyet’s chances of being given the post were further boosted when another leading candidate, Roberto Di Matteo, ruled himself out of the running for the job.

The former Chelsea and Tottenham midfielder Poyet has been out of work since being sacked by Championship club Brighton at the end of last season but is desperate to secure another managerial position.

Should he be appointed Sunderland boss then it would be Poyet’s first time in charge of a Premier League club, and he says the chance to manage in the top flight has got him excited.

Poyet told the Daily Mirror: “My opportunity to manage Sunderland is there. I’m waiting. Nervously.

“Since the start of the season, I’ve dedicated myself to watching the games of teams that might call me if things weren’t going too well.”

Sunderland are thought to be keeping their options open with regards to Di Canio’s successor and are believed to have contacted a number of parties about the role.

Former Middlesbrough chief Steve McClaren, ex-Stoke boss Tony Pulis and Championship managers Paul Ince, Sean Dyche and Gianfranco Zola have all been mentioned in connection with the post this week.

Whoever takes over at Sunderland will have a tough job on their hands, with the Black Cats having slipped to the foot of the Premier League after taking just one point from their first five matches.