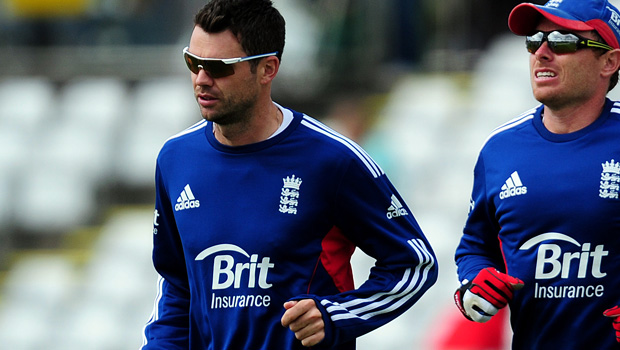 James Anderson has backed England’s bowlers to be a real handful on Australia’s hard, fast wickets when they travel Down Under for the next Ashes series.

With the likes of the Brisbane and Perth playing hosts to Test matches this winter, England have packed their bowling attack with a number of giants capable of banging the ball in short and causing batsmen nightmares.

Steven Finn, Chris Tremlett and Boyd Rankin are all part of the 17-man touring party, with Finn the shortest of the trio at 6ft 7in. Along with fellow pacemen Stuart Broad and Anderson, England have plenty of strength in depth in the bowling department.

Anderson, who was named England’s MVP in the last Ashes series, believes the selectors have put together a group of bowlers who will shine in Australian conditions as he looks towards a fourth consecutive Ashes series win.

“It is a really good-looking attack for Australian pitches,” he told the Telegraph.

“Australia got a good taste of it facing Boyd [Rankin] in the one-day series. He looked a real handful at times and that will worry them. Even if he doesn’t start the series we have got that sort of player in the squad to use when we need to. It is good to have that depth.

“From our last trip there having that tall bowler really helped us. But with the taller bowlers it is not just about banging it in.

“They are very skilful bowlers. Broady and Chris Tremlett can swing and reverse it and Boyd and Finny [Steven Finn] hit the seam. It is not just about going over there and bowling short. It is about being smarter than that.”

Anderson went on to say that he thought the 3-0 scoreline from this summer’s Ashes series flattered England but has rejected Australia coach Darren Lehmann’s criticism of the team being “dour”.

The Lancashire pacemen says England are an efficient winning team and will be looking to retain the Ashes in Australia by any means necessary.