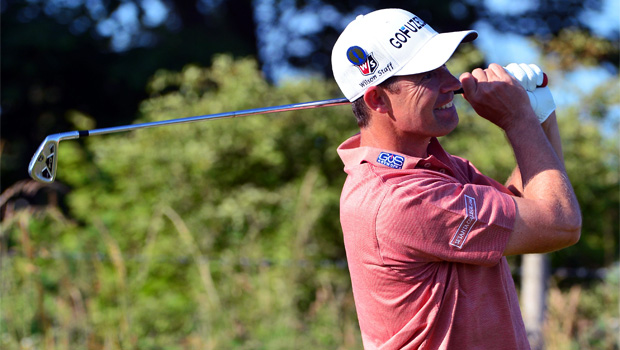 Padraig Harrington says he is determined to rediscover some form and put a run together that will see him selected for Europe’s 2014 Ryder Cup team.

The Irishman had to watch last year’s “Miracle at Medinah” from home after missing out on selection for the European squad for the first time since the 1999 Ryder Cup.

The three-time major winner was never really in the frame to be part of Jose Maria Olazabal’s squad for the clash in Illinois after another disappointing season in 2012.

That failure to make the cut for the European team looked to have spurred Harrington on at the start of this season though, with a couple of respectable top-10 finishes on the PGA Tour.

However, once again things have gone wrong for the 42-year-old, who has slipped to 95th in the world rankings and has missed the cut in six of his last eight starts.

Harrington is looking to put his troubles behind him quickly in order to start building towards next year’s Ryder Cup at Gleneagles, beginning with a strong showing at this week’s Alfred Dunhill Links Championship.

Harrington, who has not won a tournament since his 2008 US PGA triumph, felt he had done enough to be part of the European team last year and is desperate to avoid the hurt of missing out on the event again.

“Missing out certainly makes you more anxious,” he told the Irish Independent.

“I thought I would just make the team, but I didn’t. Now I’m thinking about what I didn’t do last time and what I should do now.”

Harrington went on to say that he felt many of Europe’s squad from their 2012 triumph had taken a step backwards in the aftermath of their success at Medinah.

With the Americans likely to bring a strong squad over next year, the two-time British Open winner wants to see a reversal in fortunes for the likes of Rory McIlroy and Luke Donald in 2014.

“In some ways, the Europeans have taken a step back,” the Dubliner added.

“But that might be good timing for a Ryder Cup in a year’s time. Players tend to play well for 18 months and then have a bit of a lull.”