Liverpool: No party for table-topping Reds 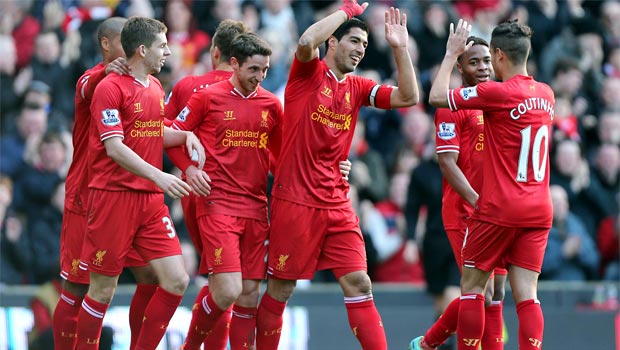 Liverpool sit top of the Premier League at Christmas and to ensure the players stay focused there will be no Christmas party this year.

Festivities have been put on the backburner until next May, according to goalkeeper Simon Mignolet, who has seen his outfield team-mates score 17 goals in their last four games.

Four successive victories have lifted the Reds to the top of the league for the first time at Christmas since 2007, and they now face arguably their biggest test on Boxing Day at Manchester City, who boast a 100% home record so far this season.

Mignolet said: “Things are going well and we need to keep doing what we’re doing.

“It’s about ensuring we are well prepared for the next challenge. If there needs to be celebrations then we will do it when the time is right.

“The party can wait until May. The fact it’s Christmas Day doesn’t make any difference for us – it’s the day before a big game so we will be training.

“Everybody is professional enough in the dressing room to cope with these types of situations. What do I want for Christmas? Just a win on Boxing Day would be great.”

Just one point is all that divides the two sides who have both been scoring for fun – and City put six past Arsenal in their last game at the Etihad Stadium.

Sergio Aguero has helped his side score a staggering 51 goals this year but he will be missing on Boxing Day, whereas Liverpool will be able to rely on in-form Luis Suarez who has bagged 19 already this term.

One thing seems certain, and that is that there will be goals and the key could well be whether Yaya Toure can cut off the supply line to the Uruguayan, and to do that he will have to keep both Jordan Henderson and Philippe Coutinho quiet.