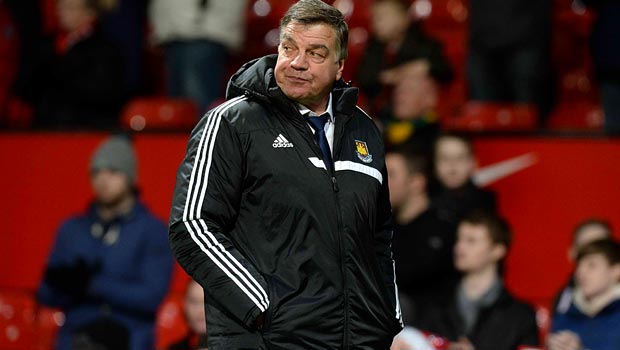 West Ham will bid to take a leaf out of Chelsea’s book when they welcome Arsenal to Upton Park on Boxing Day.

Arsenal struggled to break down a resolute Chelsea defence on Monday night as they were held to a goalless draw, and one interested spectator was West Ham boss Sam Allardyce.

The Hammers conceded eight goals to Arsenal in two games last season and to ensure there is no repeat Allardyce intends to follow the example set by Jose Mourinho, whose tactics saw Arsenal completely shut down.

Allardyce said: “Arsenal had a very tactical game. We could do with locking them out like Chelsea did. We got tumbled over twice by them last year, particularly at the Emirates, so we’ll protect ourselves on Arsenal’s abilities and then try to exploit their weaknesses.”

Good news ahead of the game is that captain Kevin Nolan is back after serving a one-match ban for being sent off in the 4-1 reverse at Liverpool, but Winston Reid, Stewart Downing and Andy Carroll remain sidelined.

But Allardyce has received positive news regarding Carroll in particular.

“All the injuries are progressing very well. Andy is improving all the time and we expect him to be back among the lads very shortly,” he said.

West Ham lie in 17th place in the table at present, having lost three of their last four fixtures, so need to pick up sooner rather than later if they are not to be involved in a relegation scrap.

The home fans will not need reminding that Arsenal are unbeaten in the last 10 visits to Upton Park and have won the last five encounters.