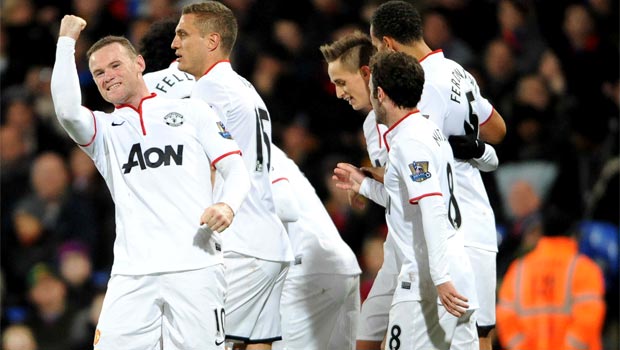 Wayne Rooney has admitted his delight at penning a new long-term contract with Manchester United and says the future at Old Trafford is a bright one.

Rumours were rife in the summer that Rooney wanted out of the club and Chelsea are known to have failed with at least two bids for his services as United refused to sell.

However Rooney says it was always his intention to commit his future and is glad that it is now all done and dusted and he can concentrate on matters on the pitch.

“Yes I’m very happy to have signed a new long-term contract with Manchester United,” Rooney told his own website.

“This is one of the biggest clubs in the world and to know that I will be playing here for the majority of my career is something that I’m looking forward to.

“I’m happy that everything is now finalised and I can carry on concentrating on my football.”

United may have struggled this season but Rooney has every confidence in David Moyes and is looking forward to a bright new era under the Scot.

“I know that’s what some of the press thought but it’s not a massive concern for me,” he said.

“This is because I know the direction that this club is going in, and if we don’t make it this season then we will come back stronger and claim a Champions League spot next season.

“Let’s not forget we still have a chance this year. Some of the other teams are playing well but we have a strong squad here and, if we have a positive end to the season, then who knows what can happen?

“The future is bright for Manchester United, this is still one of the world’s leading clubs.”