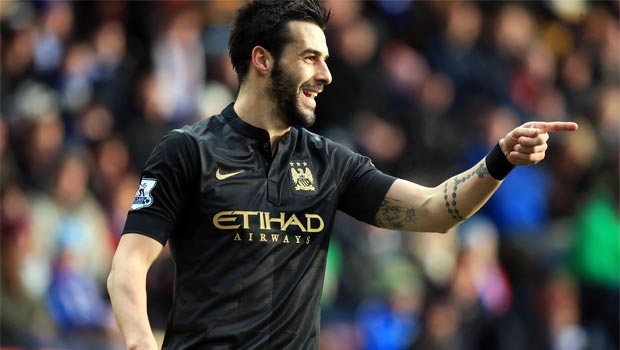 Alvaro Negredo has admitted that fitting another game into an already-packed January schedule was not what Manchester City wanted but insists that the club will be able to cope.

It was the Spaniard who put the Premier League title favourites in front on the stroke of half-time in their FA Cup third-round clash at Blackburn Rovers but were pegged back 10 minutes after the restart thanks to Costel Pantilimon’s fumble.

City’s cause will not be helped by the sending off of defender Dedryck Boyata, given his second yellow card late on at Ewood Park, with a replay now needed to determine the fate of last season’s runners-up.

Having made it safely through to the semi-finals of the Capital One Cup, January looks to be another busy month for Manuel Pellegrini’s men but Negredo insists that they have the squad to cope with the additional demands.

“It wasn’t an easy game for anyone, we took the lead but they got the draw and now we have to play another game – that’s what we didn’t want, but that’s where we are and we have to play the replay at home,” he told the club’s website.

“It was a difficult game and the pitch didn’t help, we tried to play a bit more and they played a few more long balls, so the pitch wasn’t very good for us.

“Hopefully we can go through at the Etihad Stadium, today was a bad day but we have to keep working and reach the next round.

“The main thing is to recover well after all the game and the good thing about this club is we have a very big club we have a lot of players who we can rotate.”

It does seem a little ironic for a side to complain about an extra fixture when they have been forced to cancel a friendly in Abu Dhabi in order to accommodate the replay, but few would argue against Negredo’s confidence in the depth of the squad at the Etihad Stadium.