Barcelona: Killer Messi is back – Martino 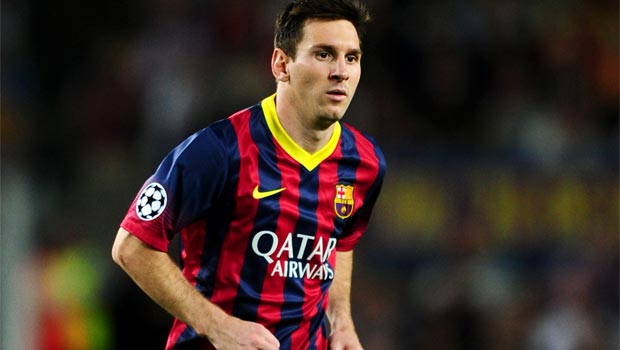 Gerardo Martino appears to be getting excited about the imminent return of Lionel Messi although he has suggested that Sunday’s clash against Elche may have come too early for his comeback.

The current World Player of the Year has been on the sidelines since limping out of the La Liga clash against Real Betis on November 10 but is now closing in on a return to the first team following his hamstring problems.

Around 12,000 fans witnessed him score a hat-trick in a Barcelona training session as he builds up his fitness ahead of a crucial period in the season.

Barca boss Martino is certainly excited to have the Argentina ace back in the reckoning and believes that the ‘killer look in his eyes’ is back.

“He has come back in very good shape, he has had three very good training sessions. We already knew how he had ended the year in training in Argentina,” Martino said.

“It’ll depend on how Messi feels. He trained on Thursday, yesterday [Friday] he played at the Ministadi, today he trained with the group then he did work alone. As he feels more and more comfortable, he’ll be in better shape to return to the team.

“We know the squad that Barça has. Having a lot of players doesn’t have to be a problem. You have to know how to manage the squad, the players need to know the importance each one has and that 11 players start each match. We also have to understand that La Liga can be lost against Elche as much as it can against Atletico Madrid.

“Messi looks up for it, he looks very good physically, with that killer look in his eyes. If he is in that shape, if he feels good and above all confident we have a player who can bring what everyone knows Leo can bring.”

Barcelona go into the Elche clash three points behind Atletico Madrid but, after a Copa del Rey clash against Getafe, have to travel to the Vicente Calderon to take on their nearest title rivals on January 11.