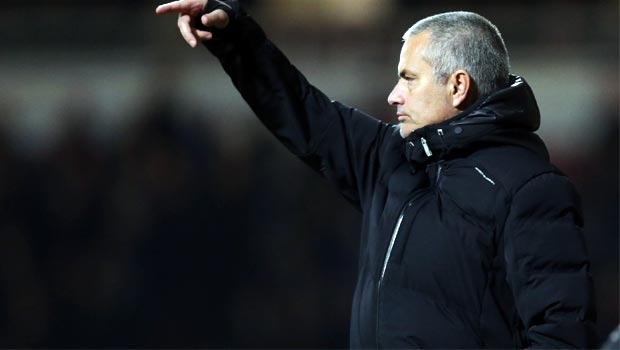 Chelsea manager Jose Mourinho says a lack of killer instinct amongst his strikers is hindering the Blues’ chances of winning a trophy this season.

Mourinho’s men have yet to pull up any trees since his return to Stamford Bridge, but have made steady progress in the Premier League, Champions League and Capital One Cup.

Saturday’s 2-1 victory over Crystal Palace saw the west London club move up to second in the Premier League, and if they beat Arsenal on December 23, they will be top on Christmas Day.

Chelsea are also through to the last-16 of the Champions League, while they face Sunderland in the Capital One Cup quarter-finals this week.

Despite his side’s progress in the three active competitions, Mourinho has been less than happy with his squad at times, in particular his strikers.

Of the 32 Premier League goals Chelsea have scored so far this season, only five have been netted by his three frontmen, Fernando Torres (two), Samuel Eto’o (two) and Demba Ba (one).

The Portuguese coach believes his forwards’ wastefulness in front of goal has already cost the Blues this season and claims that unless one of them develops a killer instinct then it may be a trophyless season for his team.

“I don’t think we are the big contenders of any competition,” Mourinho told BBC Radio 5 live.

“We don’t have the striker who is going to score 30 goals in the league.

Mourinho went on to say that it is unlikely Chelsea would be able to sign another striker in January, insisting all the best players are already tied to other clubs.