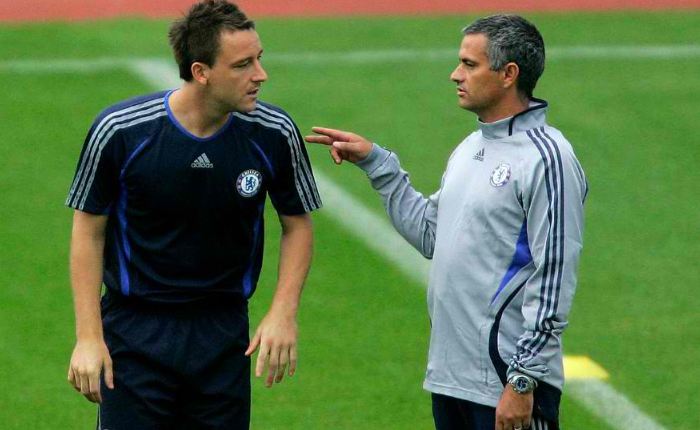 Chelsea boss Jose Mourinho warned Blues skipper John Terry his position at club is far from safe and wants him to prove his worth next season.

The former England captain has a good relationship with Mourinho and was one of his stalwarts during the Special One’s first spell in charge between 2004 and 2007.

Terry and Frank Lampard became Mourinho’s on-field generals during his last stint at Stamford Bridge and he had been expected to utilise the duo in a similar role this time around.

However, Mourinho has warned Terry he faces a fight for his place and his future at Stamford Bridge, with the Portuguese coach insisting he will be doing no one any favours.

The 32-year-old defender has just one year left on his current contract and had been linked with a move to Monaco earlier this summer.

While Mourinho still believes Terry has a lot to offer Chelsea, he has told the club captain he will need to up his game after losing his place in the starting XI last season.

Mourinho said: “He’s not safe, and he knows he’s not safe. The only thing he knows is safe is our friendship, but professionally, nobody’s safe.

“I know he’s a very good player, but he must prove himself like everyone else.”

The former Real Madrid coach went on to say that he was looking to get the best out of Fernando Torres this season following the Spaniard’s struggles since moving from Liverpool in 2011.

The £50million hitman has been linked with a move away from Chelsea this summer but Mourinho has suggested he is in his plans for the forthcoming Premier League season.