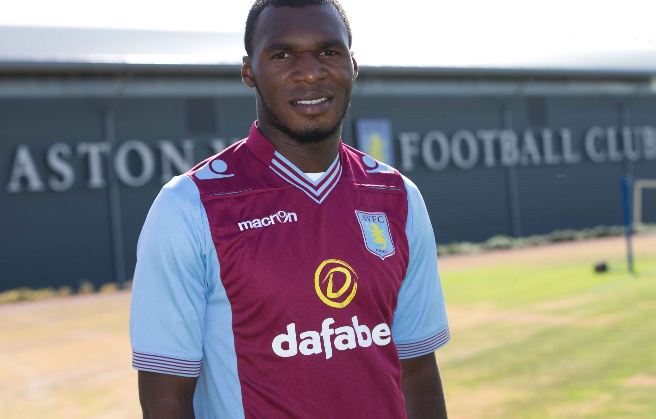 The Belgium international angered Villa fans earlier this month when he asked to leave the Premier League outfit following weeks of speculation linking him with the likes of Tottenham, Chelsea and Arsenal.

The 22-year-old’s decision was a huge shock to many at Villa Park given he had only joined the club last summer from Genk, signing a four-year contract when he moved.

Villa had stated they would be willing to discuss a deal for last season’s top scorer if someone met their asking price, although they had given the striker extra time off to consider his future in the hope he would change his mind.

Having held talks with manager Paul Lambert, Benteke has decided he is happy to continue his career with Villa and has put pen-to-paper on a new deal which could keep him at the club until 2017.

He told the Villa website: “I spoke with the manager when I returned to training and we had a good talk

“I am very happy to be back here in Birmingham and at Aston Villa, and to sign a new contract. This is a great club and it has given me a lot. Now I have to give back to my team-mates and the fans who have always been right behind me.”

Lambert admits Benteke’s decision to change his mind regarding a move away will be a huge boost to his plans for next season, the Villa hitman having scored 19 Premier League goals last term to help the Villans avoid relegation.

“I’m delighted, having time to re-evaluate his future, Christian has decided to commit to the club. It’s a huge bonus and I’m sure the supporters are every bit as delighted as me to have him on board and raring to go,” Lambert said.