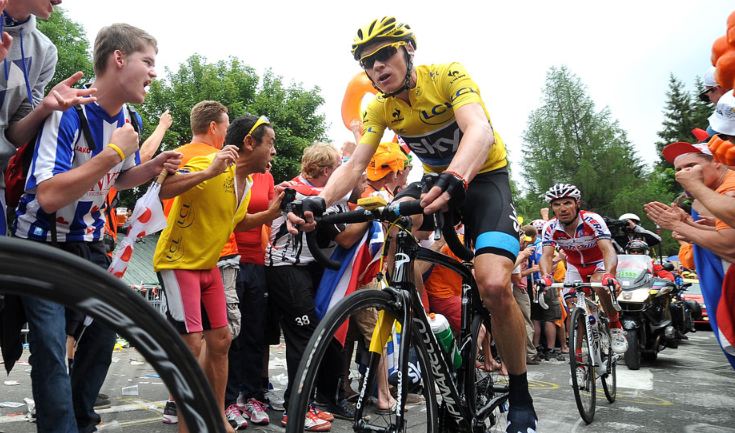 Chris Froome says he is taking nothing for granted in fight for yellow jersey in Tour de France despite having a lead of 5min 11sec heading into Saturday’s penultimate stage.

The Team Sky rider survived a second tortuous stage in the Alps on Friday to maintain his advantage at the top of the general classification.

After a difficult stage on Thursday, in which the British rider was penalised 20 seconds, stage 19 was always likely to be a test, with five categorised climbs to contend with over 204.5kms.

As well as the punishing climbs, Froome also had to cope with two treacherous descents as the rain came down to further challenge the 28-year-old.

Having avoided all the potential pitfalls of Friday’s stage, Froome was able to come home in 25th as part of a group which contained his main rivals for the yellow jersey.

Saturday’s penultimate stage is just 125km but contains another climb to reach the finish. With the finishing line in Paris on Sunday in sight, Froome is determined not to let his grasp on the maillot jaune slip and won’t allow himself to become complacent.

“I would never have imagined I would be in this strong a position coming into the penultimate day,” he said.

“To be here, one day away from Paris, with a five-minute advantage to second place on the GC, it is a really good position to be in, but having said that, I don’t want to get too complacent. Let’s finish it up tomorrow.

“It is going to be very hard for someone to take more than five minutes in 125km, but I am going to have to stay concentrated and switched on until at least tomorrow evening.”

Stage 19 was won by Movistar’s Rui Costa, who broke away from his fellow escapees on the final climb to secure his second win of the Tour.