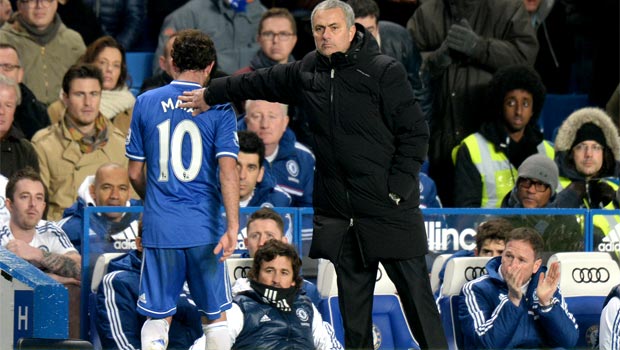 Chelsea manager Jose Mourinho has said Liverpool have to be considered strong title contenders because they are not involved in Europe.

The two sides, only separated by a single point, go head to head this Sunday at Stamford Bridge with the home side looking to build on the recent 1-0 victory over Swansea City.

Liverpool will be aiming to bounce back from the 2-1 defeat they suffered at the hands of Manchester City on Boxing Day, a loss which ended a run of four straight wins in the Premier League.

Mourinho has openly admitted that Rodgers and co have a very good chance of winning what would be a first title in 24 years, adding the fact they are not in any sort of European competition has strengthened their claim.

Chelsea, Manchester United, Manchester City and Arsenal are all still in the Champions League and therefore have the potential to play several extra games throughout the course of the season and the former Real Madrid coach believes the difference in match time could be massive.

“They are not involved in the heat of the knock-out situation in the Champions League or even Europa League,” he said.

Liverpool talisman Luis Suarez is set to make his first appearance against the Blues since serving a 10-match suspension for biting Chelsea defender Branislav Ivanovic in April, but despite the

Uruguayan netting 19 goals in the last 13 Premier League games, Mourinho insists the forward is not the only threat.

“He didn’t start the season, with suspension, and after that the numbers are fantastic,” he said.

“When he came back, it was a big plus. But let’s be fair – Liverpool did very well without him when he was suspended.”