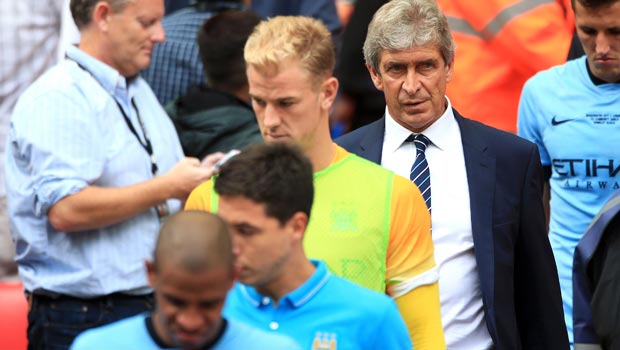 The Premier League protagonists have all spent big in the transfer market this summer but Manuel Pellegrini believes that it is Manchester City who are still the best team in the division.

The signings of Diego Costa, Cesc Fabregas and Filipe Luis as well as the return of Didier Drogba had seen Chelsea installed as early favourites for the title, and the Blues have responded with two wins from two matches.

Arsenal have brought in marquee signing Alexis Sanchez to reinforce their title ambitions, while Liverpool have used the money from the sale of Luis Suarez to fund a massive recruitment drive which is already beyond £100m as the Reds prepare for a return to Champions League football.

There is still the possibility of more arrivals with the transfer window open for another week, but Pellegrini seems confident enough in his own business over the course of the close season and expects his side to be the one to beat.

“I think we always have to be better, we have to improve every season.
It doesn’t matter what happens with the other squads,” he said.

“Here in the Premier League you always have four or five strong teams that can win the title and if we want to continue winning titles, of course, we must improve.

“But I always say my players are the best players in the Premier League and we have the strongest squad, not only attackers but also defending, and in the whole squad.

“Other teams also have strong squads but if you are analysing the players I prefer mine.”

There is of course an early chance to see how his squad compares to one of his main title rivals as City host last season’s runners-up Liverpool at the Etihad Stadium, with big-money signing Eliaquim Mangala hoping to make his debut for the club.