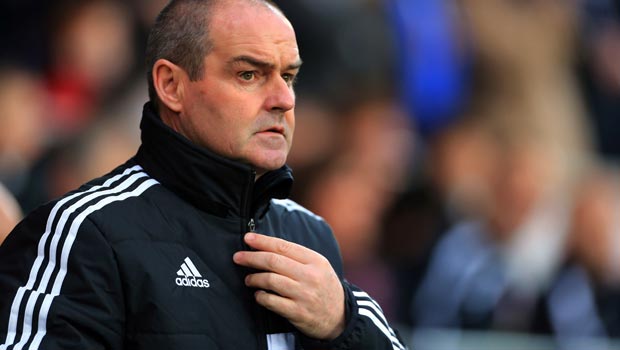 Steve Clarke has thrown his hat into the ring to become the next manager at Selhurst Park but admits the decision is down to Crystal Palace.

The Eagles of course had to deal with the resignation of Tony Pulis just two days before the start of the new Premier League season before the furore surrounding Malky Mackay and discriminatory text messages forced them to abandon plans to appoint the former Cardiff City boss in the hotseat.

Tim Sherwood had thought to be a contender but has now ruled himself out of the running after learning he was behind Mackay in the wishlist of the Palace hierarchy.

Clarke was surprisingly relieved of his duties at West Brom last December after steering the Baggies to their highest league finish for 31 years the season before.

The 50-year-old Scot has been out of work since but is now looking to get back into management, and would be keen on a return to the Premier League with Palace.

Speaking to Sky Sports Goals On Sunday, Clarke said: “The Premier League is the place to work so if a job becomes available then obviously I’d be interested in it.

“I want to work again. Palace went down a route to find a successor to Tony but now the job is available again maybe they’ll come up with a new list.

“If I’m on it then great, if not then I have to respect that. Palace have to make their own choice.”

A key reason behind Pulis’ departure was the lack of activity in the transfer market and with just eight days left, time is running out for any new boss to stamp their mark on the squad with some late additions.

However, current caretaker manager Keith Millen believes that Steve Parish is more likely to bide his time over the next move, rather than rush into anything he may later regret.

Millen said: “He’s in no rush to bring someone in, because he’ll keep looking until it’s the right person.

“He hasn’t rushed before and he won’t do it again.”