Mancini and Balotelli had a difficult time together at City 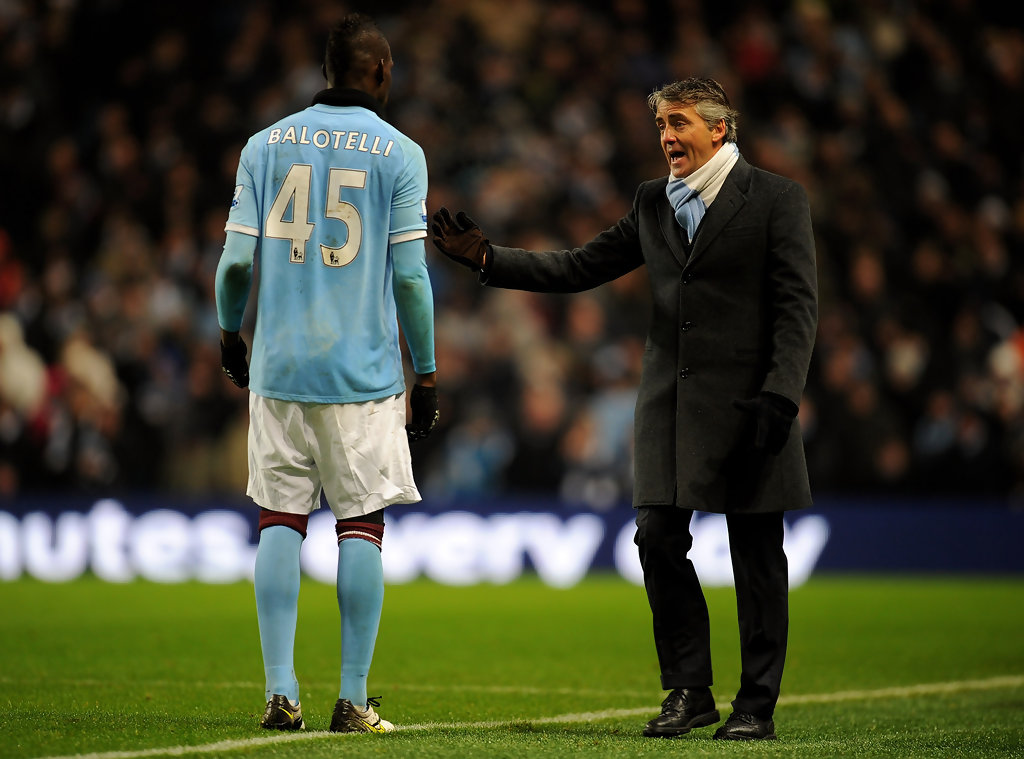 Mancini’s reign at the Etihad Stadium ended on Monday after three-and-a-half years after failing to produce silverware this season. However, the Italian coach won the Premier League and FA Cup in his previous seasons with City.

He signed Balotelli in 2010, but after a tumulus relationship, the young striker was sold to Milan in January 2013.

The AC Milan star claimed he was not surprised of the sacking, but believes there are internal problems which caused his exit.

“I am not really surprised,” he told CNN. “When I was with him he was a great manager and we had one of the best teams I have played with, the best players.

“I don’t know why they didn’t win [the league], but obviously there were some problems inside. I am here [at Milan] so I don’t know.”

News broke out earlier this week involving racist chants thrown at Balotelli. This has resulted in Roma being hit with a €50,000 fine for racist chanting at San Siro.

And the striker seems like he is ready to take the issue head on.

“I always said that if [racism] happened in the stadium I will just do like ‘nobody says nothing and I don’t care’,” he added.

“But this time I think I’ve changed my mind a little bit. If it’s going to happen one more time, then I’m going to leave the pitch because it’s so stupid.

“I spoke with [Kevin] Prince [Boateng]. I was about to leave the pitch on Sunday, but they thought I wanted to leave because we had some difficulty with the game.

“I said ‘no, it’s better we play and I will talk’, that’s it. But if it wasn’t for this reason then I was going to leave the pitch on Sunday.”