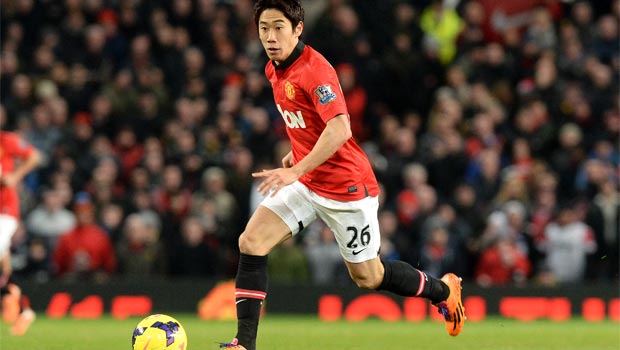 Manchester United midfielder Shinji Kagawa has admitted that he has not played well enough to command a regular first team place at Old Trafford.

The Japanese playmaker arrived from Borussia Dortmund with a big reputation after helping the Bundesliga outfit to break the stranglehold enjoyed by Bayern Munich, but at times he has had the Old Trafford faithful wondering what the board saw in him.

Kagawa was bought to inject some pace into the midfield, but his habit of drifting out of games has resulted in him starting just seven times in the Premier League. And now that Juan Mata has arrived from Chelsea, first-team opportunities will be even more limited.

In fact, he did not even make the 18-man squad for last weekend’s trip to Stoke, and knows that it is now or never for his future at the club.

He said: “I still haven’t scored any goals this season so I’ve felt very irritated. This is the first time in my career that I haven’t been able to produce so it’s disappointing.

“I pressure myself to score in every game but some days it feels like I just can’t win. I know I have to overcome that.

“Actually, if I can’t it really shows that I haven’t grown as a player. So because of that I have to really focus on the second half of the season and overcome that mental block.”

The best he can hope for is that teenage wonderkid Adnan Januzaj is lured away by Paris Saint-Germain to at least take him one step further up the pecking order, but in truth it looks like his days at Old Trafford are numbered.

With or without Kagawa, United will look to get back to winning ways when they entertain Fulham at home on Sunday for which they are 1.17 to win with Dafabet.