Barcelona: Trouble in the Camp as Messi ‘lacks passion’ 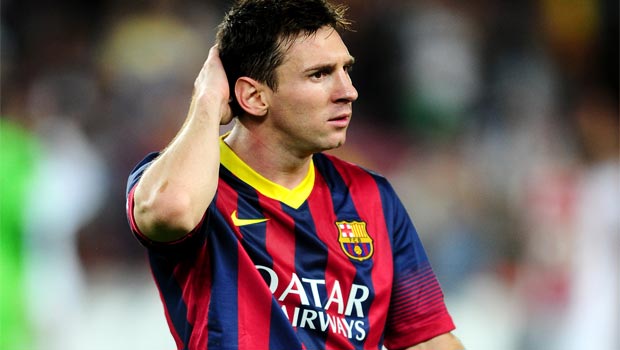 Talk of Barcelona’s demise might be premature but it appears that all is not well at the Nou Camp with Lionel Messi’s attitude coming into question.

As they head into the weekend clash with Sevilla, the Catalans sit second in the La Liga table, just three points behind Atletico Madrid and level on 54 points with Real Madrid.

But the reigning Spanish champions have faltered of late and have won just three of their last six top-flight games to let the Bernabeu outfit back into the title race and make it a three-way tussle for the league crown.

Star striker Messi missed a couple of months of action in the run up to the turn of the year and has failed to shine since his return, and former Barca assistant coach Angel Cappa feels his problems run deeper than just fitness.

“When they played Valencia, I couldn’t understand how a player could play football so dispassionately,” he said.

“And especially him, because if we look at a game of his from three or four years ago, there was that craziness, that passion that he had for playing. And I don’t know why or for what reason, but that is coming to an end.”

There has also been unrest in the stands, with sections of the Catalan faithful making their feelings on the current situation very clear.

Dani Alves has taken the unusual step of criticising the club’s “pessimistic” supporters, advising those who doubt the team to “stay away”.

Success will always help to settle the crowd, and Barca can be backed at 1.52 to come away with all three points from the clash with Unai Emery’s Sevilla, who have won five of their 10 home games this term and are on offer at 6.15.

Messi’s future has been the subject of much speculation over the years but, if Cappa’s thoughts are correct, the Argentine maestro might just need a new challenge in his life in the coming years.