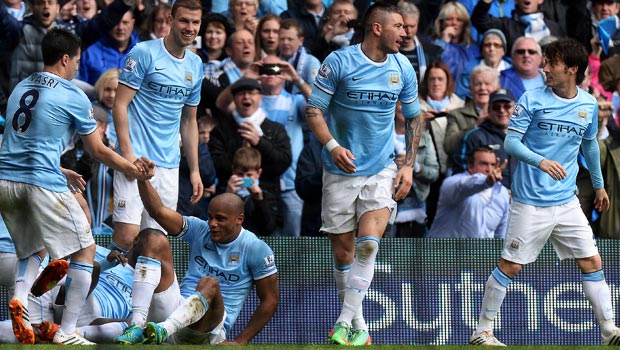 Manchester City know which players will leave and who they would like to bring in this summer with the English champions hoping to conclude their business quickly.

City were crowned Premier League champions for the second time in three seasons but have been hit with a fine by UEFA after failing to abide by Financial Fair Play rulings.

It means they can only name a 21-man Champions League squad and have been fined £49million – the same total they are able to spend on players this summer.

The club has since issued a statement saying they only planned to spend that amount anyway and chairman Khaldoon Al Mubarak insists they are prepared to sort out their business sooner rather than later.

“We know exactly what needs to be done,” Al Mubarak said.

“I can tell our fans to expect, as last year, an efficient and swift execution plan.”

Manchester City will aim to have new players brought in before the end of the World Cup as they bid to add more trophies to their collection next season.

“We will have, after the World Cup, a good pre-season and we will go into the season very ready, as we did last year, to compete for four championships,” said Al Mubarak.

City have confirmed defender Joleon Lescott will leave the club while midfielder James Milner has been linked with a move away from the Etihad Stadium after almost four years at the club.

The English champions are reportedly interested in Arsenal right-back Bacary Sagna, centre-back Eliaquim Mangala – who is also wanted by Chelsea – and his Porto team-mate Fernando.