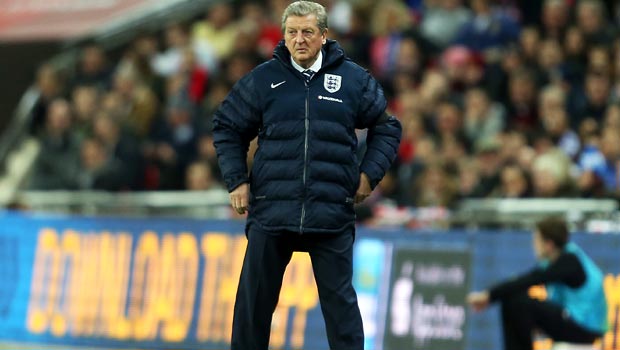 England manager Roy Hodgson has told his players that teamwork will be key if they are to avoid another meltdown at this summer’s World Cup.

England are due to hold their first training session in their pre-World Cup camp in Portugal on Tuesday after flying out to the region on Monday.

One aspect likely to be near the top of the agenda will be teamwork, according to boss Hodgson, who is demanding his players work as a unit rather than as individuals.

The Three Lions boss pointed towards France’s collapse at the 2010 World Cup as what can happen with too many egos in the dressing room.

“One thing is for certain: there’s no chance for any team in the World Cup if they’re not in it together,” Hodgson told reporters.

“We’ve seen that in the past, examples where teams who were not together, like France in the last one where all the problems were coming out.”

England have failed to set any of the last four World Cups alight and were criticised heavily for their performances at the 2010 finals in South Africa.

Hodgson has warned his side they must make sacrifices this time around if they are to improve in Brazil.

“That you’re all singing off the same hymn sheet, that you all have the same aspirations and that you’re all prepared to make sacrifices for each other.

“The thing you can control is your teamwork, making sure you choose a group of players who are prepared to work as a team, that you deal with any problems that come up from individuals that are trying to eat away at the fabric of your team and maybe destroy your teamwork.”

Hodgson’s side are 3.00 to win Group D where they have been drawn alongside Italy, Uruguay and Costa Rica.