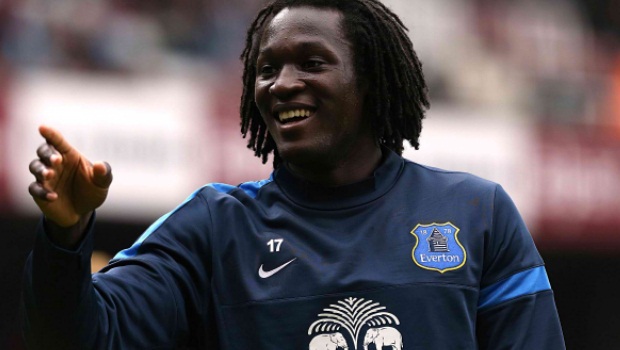 Everton’s new on-loan striker Romelu Lukaku is determined that he will not go down as a one-season wonder in English football.

The Belgium international is spending his second year away from parent club Chelsea after proving to be such a hit while at West Bromwich Albion last season, where he scored 17 goals in the Premier League last term.

The 20-year-old joined the Toffees in a similar deal on transfer deadline day earlier this month and is looking to make a major impact once again in 2013/14.

“You always need confirmation after a good year,” Lukaku said. “After only one good year, if you then have a down year the next year, people never take you seriously.

“I want to become a better player – a much better player, not just the same player as people know from last year.
“I hope that at the end of this season people say, ‘Romelu Lukaku is one of the best in this league’.”

It had been widely expected Lukaku, who signed for Chelsea from Anderlecht in 2011, would feature prominently for Jose Mourinho’s men this season but a chat with the boss about his first-team prospects helped convince him he would be best off going out on loan again.

The striker, who was ineligible from playing last weekend against Chelsea as Everton triumphed 1-0, is desperate to go to the World Cup in Brazil next summer and knows he needs to be playing regularly to get into his national side.

“I had a few talks with the manager (Jose Mourinho) about playing regularly and the importance of it, because I couldn’t afford another season on the bench or maybe playing one time out of three, at my age and especially with the World Cup coming up.

“So I spoke with him a few times to see his vision and at a certain point I thought going on loan again was the best thing to do.

“It was my choice. I want to play as much as possible.

“I don’t want people to just remember the Romelu Lukaku of West Brom and for me to be in the background again.”