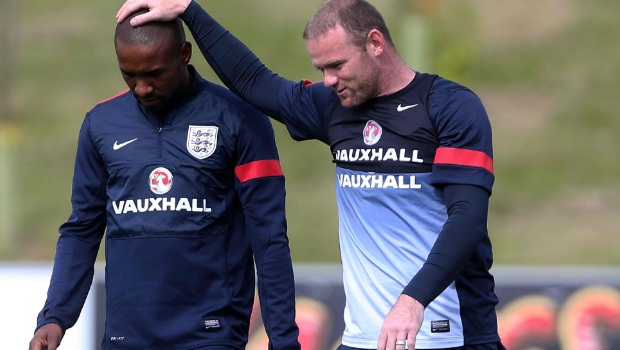 Jermain Defoe admits his chances of going to the World Cup will be hampered if he continues to be denied first-team football at Tottenham.

Defoe knows that England boss Roy Hodgson has been short of strikers during the World Cup Qualifying campaign but, if England are to make the finals in Brazil, then there is likely to be a host of top players available.

Defoe knows he has to be playing for Spurs on a regular basis if he is to have a chance to be on the plane to Brazil but he is also aware a lot can happen in 12 months.

This time last season the striker had scored twice for England in three appearances and was a regular in the first-team at Spurs, where he found the net three times in his opening four matches.

This season things could not be more different as the 30-year-old is yet to start a Premier League game and he did not feature for England against Moldova and Ukraine despite the absences of Wayne Rooney, Daniel Sturridge and Andy Carroll.

“It’s important for me to play this year,” the striker said. “I want to play games because it’s a World Cup year. Having gone to a World Cup, it’s something you want to experience again as a player.

“It’s the best thing ever, representing the country when the whole world is watching, so I understand the importance of actually playing in a World Cup year.”

His chances of breaking back into the first team at White Hart Lane are looking slim as summer signing Roberto Soldado has repaid a chunk of his £26million transfer fee by scoring four goals in his first five games since moving from Valencia.