Posted by Vincent Henderson on September 21, 2013 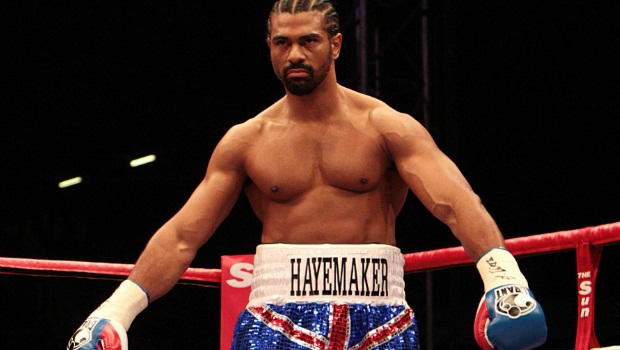 Heavyweight clash between David Haye and Tyson Fury has been postponed after former world champion Haye picked up a nasty cut in a sparring session.

There has been plenty of hype surrounding the British pair ahead of the fight, originally scheduled for next Saturday at the Manchester Arena, but the wait will have to go on as Haye has been forced to pull out.

“Gutted isn’t even the word,” Haye told his official website. “Mentally, I’m on the floor at the moment. I’m devastated most of all for my loyal fans, my family and my team, as well as Tyson Fury and his team.”

The 32-year-old former two-weight world champion suffered a deep cut in training on Friday, which required six stitches, and the bout has now been put on hold.

It’s the second time in a matter of months that Haye has had to pull out of a fight after his scheduled clash against Manuel Charr in June was postponed after he had picked up a hand injury.

“I know injuries and cuts are part and parcel of our sport, but this doesn’t change the feeling of disappointment and sadness I’m experiencing right now,” he added.

“To everyone who has bought tickets, booked hotels, and followed this fight since it was announced, there is absolutely nothing I can do except apologise from the very bottom of my heart.

“Even when everything seems to be right on track, sometimes life throws you a curveball. I will somehow have to try and make the best of this horrible situation. But, right now, I’m in bits about what has happened.”

‘The Hayemaker’ has now been forced to put his return to the ring on hold once again and has not now fought since defeating British rival Dereck Chisora in July 2012.