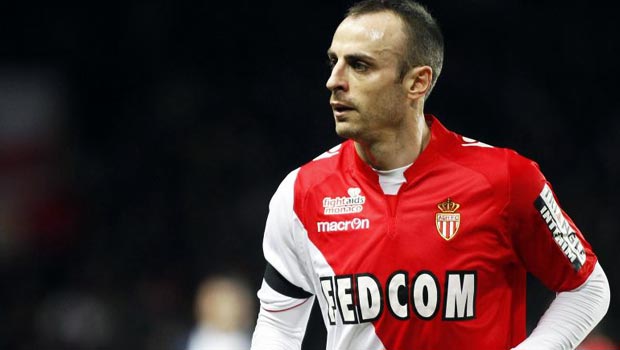 Striker Dimitar Berbatov has announced that he wants to extend his stay at Monaco after a successful loan spell.

The former Tottenham and Manchester United striker joined the principality club from Fulham in the January transfer window, after a disappointing few months at Craven Cottage.

The Bulgarian striker has managed to help Claudio Ranieri’s men keep hold of second spot in the Ligue 1 table, but they remain seven points behind leaders Paris Saint-Germain.

Monaco do at least look set to qualify for the UEFA Champions League next year, and Berbatov is hoping to stay with the club.

He has scored three goals in nine games for Claudio Ranieri’s side, one of which was a wonderful winner in the 1-0 victory over Nice on Sunday, with his majestic lob grabbing the headlines.

The 33-year-old is hoping Fulham and Monaco can agree a deal in the summer, and the chances of that may increase if his former club is relegated from the Premier League.

Berbatov has been criticised at times during his time in England, but he believes he can prove his worth in France, if given the opportunity.

He told L’Equipe: “My future? Everything is fine for me here, I play and score. When the season is over, we will sit around a table and we will decide if I stay or leave.

“I am doing my job on the pitch so far and I try to prove I am quite good. Do I want to stay at Monaco ? Yes, I would like to stay.”