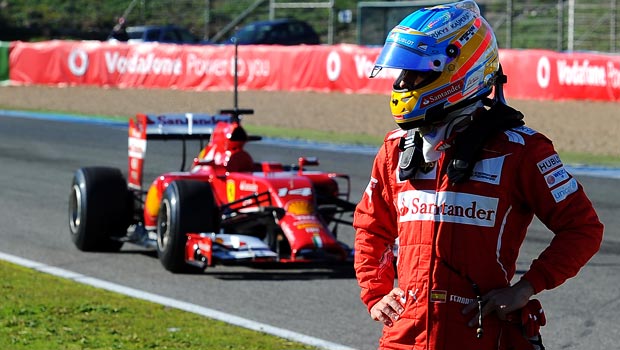 Ferrari’s Fernando Alonso believes his team is up against it in the fight to challenge for honours in either championship this season.

Alonso has made the claim just a day after claiming his first podium of the campaign at the Chinese Grand Prix on Sunday. The Spaniard was behind Lewis Hamilton and Nico Rosberg as the Mercedes pair continue to dominate at the top.

The majority of the paddock has struggled to keep pace with Mercedes since the start of the season, with the Constructors’ Championship leaders able to benefit from the new regulations.

Hamilton has won three races on the bounce after Rosberg had claimed the opener in Australia, while Sebastian Vettel and Daniel Ricciardo of defending champions Red Bull have struggled to keep up as well, finishing behind Alonso in Sunday’s standings.

The paddock will now move on to the , which Alonso won last year, although Mercedes’ current dominance makes them the clear favourites.

Despite his improving form, Alonso – whose team-mate Kimi Raikkonen has struggled to find pace all season since his move from Lotus – claims that the Scuderia will find it difficult to catch up.

He said: “At the moment, it seems very far away because [Mercedes] have a big advantage and we need to work really hard if we want to have that possibility.

“There is nothing really special we can do, just don’t give up; we’re in the fourth race in the championship, there’s still a long way go but being super-realistic, knowing that the gap is very, very big it’s going to be very tough.”