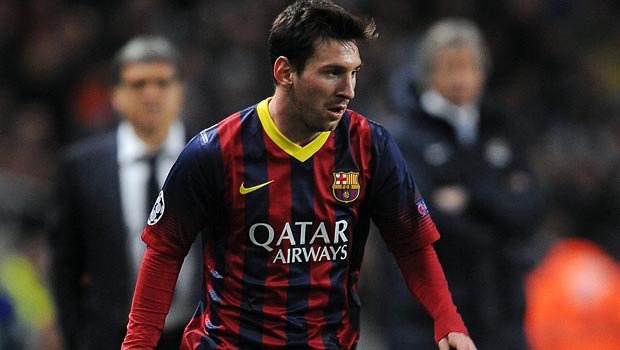 Barcelona president Josep Bartomeu has revealed that Lionel Messi is set to be offered a new deal at the end of the season.

The La Liga champions are the outsiders to win the title once again in 2014 at odds of 7.50, and they have had to endure a difficult season both on and off the field.

Since signing Neymar last summer, the club have been rocked by numerous problems and they were handed a transfer embargo for the
2014-15 season.

With players reportedly unhappy under Gerardo Martino, Messi has been linked with a move away from the Nou Camp. Manchester City and Paris Saint-Germain are the two favourites for his signature, but Bartomeu has revealed the club intends to keep him and offer him a new deal.

The Argentinian has had to cope with a number of injuries this season, and despite not being at his brilliant best, the club are keen to tie him down once more.

Speaking about the possibility of a new deal, Bartomeu told TV3:
“Messi is under contact until 2018.

“But we want to improve it to adapt to football’s current situation. I think people are being unfair on Leo Messi. He has led us to so many wins in recent years.

“He has led the team and done so very well and we have no doubt that he will continue to lead the club into the future.

“He’s a young player, the best in the world and we have every faith in him.”

Messi did score the winner in a 2-1 victory over fourth-placed Athletic Bilbao on Sunday, a result which saw Barca climb to second in the table but still four points behind league-leading Atletico Madrid with four games to go.