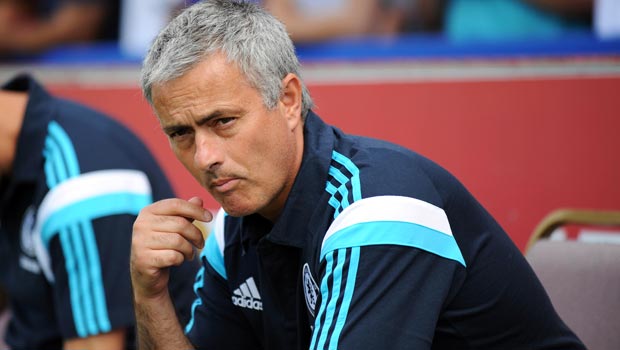 Jose Mourinho says he is buying players this summer with a view to Chelsea dominating English and European football for the next decade.

The Portuguese coach made his return to Stamford Bridge 12 months ago and nearly guided the Blues to success on two fronts, finishing third in the Premier League and going out of the Champions League at the semi-final stage.

Having failed to collect a trophy last term, Mourinho has made some sweeping changes, allowing stalwarts Ashley Cole and Frank Lampard to leave while signing Diego Costa, Cesc Fabregas and Filipe Luis.

The former Real Madrid coach is also expected to replace Petr Cech with Thibaut Courtois in goal off the back of the Belgium international’s three-year loan stint with Atletico Madrid.

Having dispensed with some of the players who brought him success during his first spell in charge of Chelsea, Mourinho is now putting plans in place for a new era at the club.

The ‘Special One’ says second best is not good enough for him or the Blues and has warned the club’s rivals he is 100% focused on silverware this season.

“If I didn’t think we would win the Premier League, I would go home and let somebody else take charge of the team,” Mourinho said in the Daily Mirror.

“A team which has been a winning team for 10 seasons is changing step by step.

“We had a very young team at the time but, even so, we reached the (Champions League) semi-finals and were playing to win the competition.

“This summer, we’ve bought new players and we are trying to build for the next decade.

“And this season we think we are going to be stronger. The younger players are more experienced, they are stable and better adapted to fighting for titles.”

Chelsea are the favourites to win the Premier League this season at 2.80, with defending champions Manchester City 3.00 and last year’s runners-up, Liverpool, 9.50.