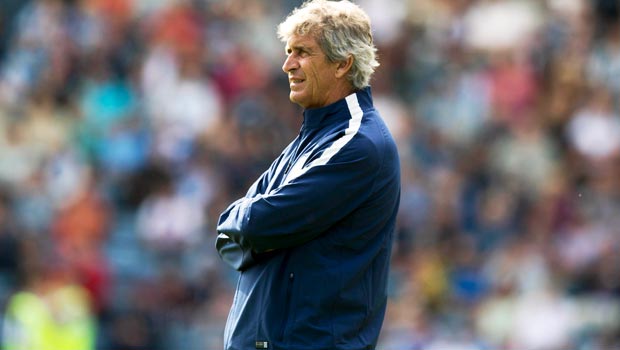 Manchester City boss Manuel Pellegrini says there could be more new arrivals at the Etihad Stadium before the start of the defence of their Premier League title.

With UEFA having imposed transfer sanctions on City this summer it was thought transfer activity at the club would be minimal.

Porto centre-half Eliaquim Mangala is also expected to move to Manchester before the transfer window shuts, while City have been linked with a move for Real Madrid playmaker Isco recently.

For City to sign anymore players they would first have to allow some of their current squad to leave.

Pellegrini has already shown Joleon Lescott and Gareth Barry the door, while Javi Garcia, Micah Richards and Matija Nastasic could reportedly follow them.

While the Chilean is giving nothing away in terms of who might be coming or going at the Etihad Stadium, he has admitted there is work to be done before his side are ready for the new season.

“I don’t think the squad is complete yet but we have six weeks before the transfer window closes,” the Chilean said as his side prepared for a pre-season match against Sporting Kansas City.

“Perhaps there is the option to bring one or more players in, or maybe one or two will leave our squad, but there is time for us to consider what is best for our team.”

Alvaro Negredo was thought to be one player Pellegrini was ready to part with in order to make room in his squad before he suffered a broken metatarsal last week.

The former Real Madrid boss has now indicated his future lies with City, emphasising he will be missed while on the sidelines.

“Alvaro had surgery today on his broken foot and he will probably be out for two or three months,” the City boss added.

“It is a blow for us because Alvaro is a very important member of our squad so obviously we will miss him.”

City are 3.00 to successfully defend their Premier League title this season, with Chelsea 2.80 and Manchester United 5.80.