Posted by Fred McKinley on September 5, 2013 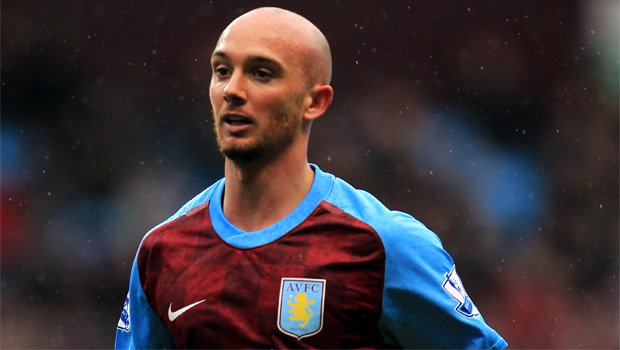 New Stoke City midfielder Stephen Ireland admitted he is on a mission to prove people wrong after ending his Aston Villa nightmare on deadline day.

Ireland was out of the picture at Villa Park under Paul Lambert and he joined up with the Potters on Monday to link up with his former Manchester City boss Mark Hughes.

The 27-year-old worked with Hughes during his reign in Manchester and Ireland is looking forward to a fresh start in the Premier League after exiting the Villans.

“They had two squads, one they wanted to keep and one they didn’t, and I was in the second group,” Ireland told the Daily Telegraph.

“I never called it the Bomb Squad, although a couple of the others, like Darren Bent, took it to heart more than I did. It was more about self-pride for me. Players were coming up to me saying think of all the days off, you must love it, all the booze and parties.

“But I’m not like that, I’m a family person and I just had to keep myself in good nick. A lot of the players couldn’t believe I wasn’t playing. It’s been a difficult few months but now I’ve never been so determined to prove a point. There are quite a few people I want to stick two fingers up at.”

Ireland has seen his career stall in recent years through injury and a lack of playing time. Despite his lack of first-team football at Villa Park, the midfielder insists he has no hard feelings towards Lambert.

“I don’t hold any grudges against Paul,” added Ireland. “He made it clear why the decision had been made but I understand all the reasons behind it.

“I’ve said the wrong thing to managers in the past but there was no remorse from me. I expected it when I came back into pre-season and I didn’t kick up a fuss.”