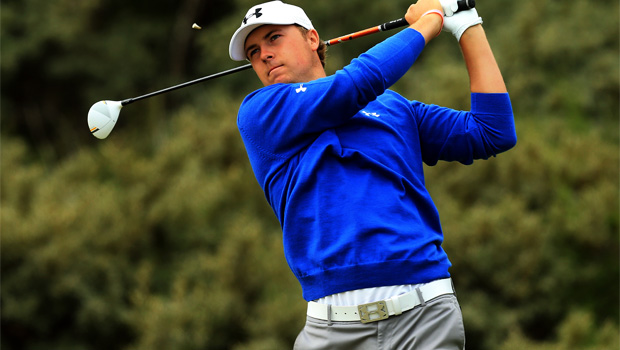 Jordan Spieth and Webb Simpson have been named as the two wildcards for next month’s Presidents Cup match in Ohio by Fred Couples.

The American skipper has called up the pair who missed out on automatic selection but it means that Jim Furyk and Dustin Johnson will miss out despite being tipped for the team.

Spieth is loving life in his first full season on the PGA Tour, with one win, a play-off defeat and a runner-up finish. This season he has made $3million, but Simpson is without a win since last year’s US Open but has plenty of experience in the match-play form of the game.

The 28-year-old played in the 2011 Presidents Cup match, as well as last year’s Ryder Cup and 2007 Walker Cup. The Americans have lost just one of the nine previous matches – since it began in 1994 – with one other being tied.

Speaking about Simpson’s inclusion, Couples said: “With Webb being in the top 10 for two years, only to get pushed out with one putt, there was no way I could leave him off.”

The International team’s captain, Nick Price, has chosen Zimbabwean Brendon de Jonge and Australian Marc Leishman as his wildcards, and he admits that he found it difficult to pick his final two.

He said: “”Yesterday was probably one of the toughest days of my life.

“I had it down to three guys: Marc, Brendon and Tim Clark. To try and separate the three of them and only pick two was an exceptionally difficult task.”