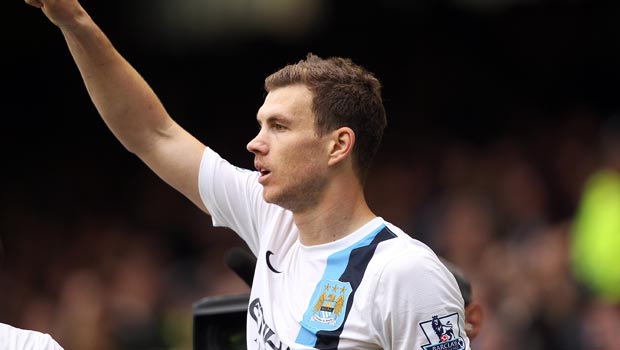 Inter Milan remain keen on Manchester City striker Edin Dzeko but admit a transfer is unlikely to happen because the striker is out of their price range.

The Italian giants, who finished fifth in Serie A last season, are busy working on deals to bring in new players, with England under-21 ace Tom Ince locked in talks over a possible move to the San Siro.

Inter also have some high-profile transfer targets, including Dzeko, but president Erick Thohir says they are unable to go for such players at this stage as they do not have the cash.

It remains to be seen if City would sell Dzeko after he played such a key role in the club’s title success this season, but even if they did, a deal would be beyond Inter.

“I like players like (Sergio) Busquets, Luiz Gustavo and Dzeko, but today we cannot afford top players. I hope we can tomorrow,” he said.

“The first reinforcement we need is a strong defensive midfielder, someone like (Edgar) Davids or (Gennaro) Gattuso.

“Financial Fair Play? Personally, I prefer the American model with the salary cap and luxury tax.

“I understand City’s and PSG’s projects, but I prefer the model of Roma, Liverpool and Arsenal.”

City boss Manuel Pellegrini is planning a spending spree of his own this summer as he targets an assault on the Champions League and again Dzeko could have a huge part to play in those plans.