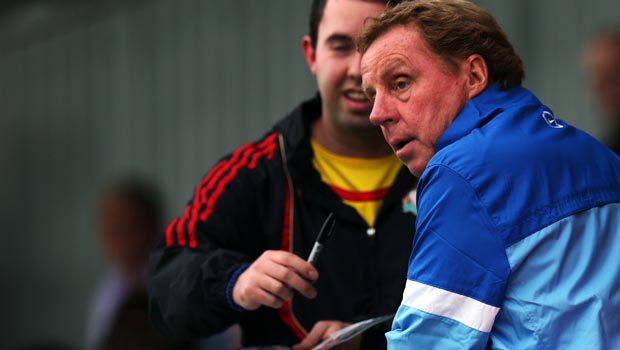 Manager Harry Redknapp has admitted he wants to sign at least three new players before the transfer window shuts as he feels his QPR squad is weaker now than this time 12 months ago.

Rangers bounced back to the Premier League at the first time of asking last season via the play-offs and were expected to recruit heavily ahead of their opener with Hull City last Saturday.

However, Redknapp was only able to get four players through the door before the game with the Tigers, which the Hoops lost 1-0.

After the defeat, Redknapp revealed he feels his current squad is not as strong as the one he had for the start of the last season and is actively looking to improve on it.

The former Tottenham and Portsmouth boss says two midfielders and a striker are the minimum requirements before the transfer window shuts at the end of August.

“We need to get a couple more in, we’re short in some areas,” Redknapp said.

“So we’re looking to get one or two midfielders in and maybe a front man as well because we need a bit of cover there. You need four strikers in an ideal world.”

Redknapp added: “If you look at the whole squad with everyone fit we’ve got 18 or 19 outfield players and that includes one or two lads who couldn’t get in the squad last year.”

Redknapp went on to say that he would likely have to dip into the loan market to make the signings he feels the team needs.

The QPR boss will hope to have a few new faces on board by the time he takes his current club to former side Tottenham on Sunday for their next game.