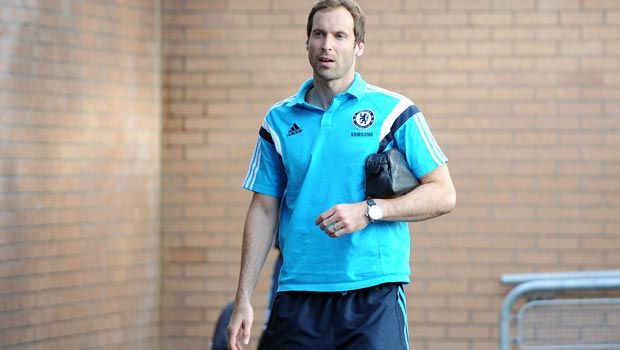 Chelsea manager Jose Mourinho is hoping that Petr Cech will stay at the club this season despite being demoted to back-up goalkeeper.

The 32-year-old, who had been first-choice since arriving at Stamford Bridge back in 2004, started the new season on the bench against Burnley on Monday night.

Mourinho instead opted to hand Belgium international Thibaut Courtois the number one jersey after the 22-year-old returned to the club having spent last year on loan with La Liga champions Atletico Madrid.

There was a huge debate leading up to the game against Burnley as to who would be picked in goal for the Blues, with many believing that the more experienced Cech would be given the nod.

Despite the long years of service to Chelsea it now seems likely that the latter will leave Stamford Bridge before the end of the transfer window, and reports have linked Monaco with a bid.

The French side are said to be very interested in Cech and a potential bid of around £6million could be enough to land the shot-stopper.

Mourinho though is hoping to keep the 32-year-old this season and the Portuguese coach is confident the club will reject any bids that may come in.

“I hope Petr doesn’t want to go and I hope he doesn’t have offers to go and, if he does have offers, he refuses to go.”

Chelsea started their campaign off with a 3-1 win away at Burnley on Monday and the title favourites are next up against newly-promoted Leicester where they are priced at 1.21 to record back-to-back wins, with the visitors an outside shot at 12.39.