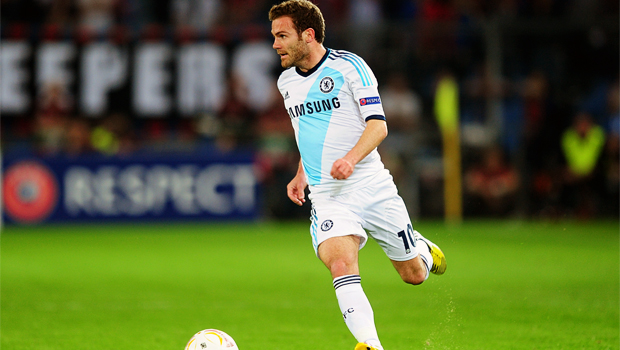 Juan Mata insists he is happy at Chelsea and has backed returning boss Jose Mourinho to lead the club to glory in the coming campaign.

The Spain international was Chelsea’s Player of the Year last season but his future has been the subject of speculation during the summer transfer window.

The Blues are keen to sign Manchester United striker Wayne Rooney and when the London side made their first offer for the England international rumours suggested Mata had been included as part of the offer.

Chelsea, however, were quick to rebuff those reports and Mata insists he is happy at Stamford Bridge and has no desire to leave.

The Spanish forward is looking forward to working alongside Jose Mourinho in the coming campaign.

Mata believes the Portuguese boss will land more silverware for Chelsea, having won the league twice, the FA Cup and two League Cups during his first stint in charge between 2004 and 2007.

He told Chelsea’s official website: “We’re really looking forward to starting the season with him and we are all excited about it. Jose did a really great job here a few years ago and I think that we can do it again.

“It’s very good, everyone wants to feel important for the club, I feel it, I’m very happy and enjoying training with the new manager, and I hope I can improve on the last two seasons.”

The London side saw a second bid for Rooney rejected by United over the weekend but could yet make another improved offer for the England international.