Posted by Vincent Henderson on August 6, 2013 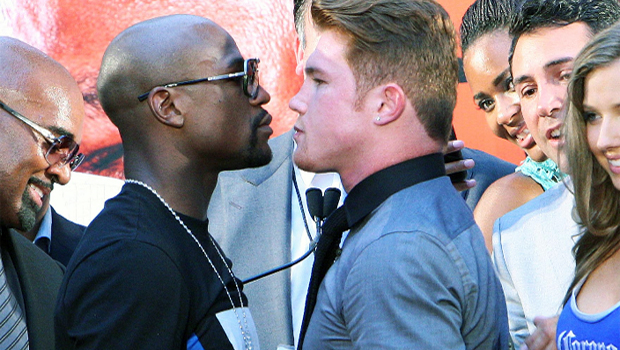 Oscar De La Hoya believes Saul ‘Canelo’ Alvarez must utilise his jab effectively if he is to become the first man to beat Floyd Mayweather Jr.

The two unbeaten fighters go head to head in September in a showdown billed as ‘The One’, with Alvarez arguably the most testing fight Mayweather has taken on in some years.

Canelo is unbeaten in 43 contests to date, including one draw, and the contrasting styles of the two boxers should result in a pulsating encounter.

American star Mayweather is widely regarded as one of the best counter-punchers in the history of the sport, while Canelo is an aggressive fighter who likes to box on the front foot.

De La Hoya, whose Golden Boy Promotions represent Canelo, believes the Mexican’s jab could be the key for the 23-year-old ahead of his meeting with Mayweather.

“[The jab] is the secret weapon to defeat Mayweather,” BoxingScene.com quotes De La Hoya as saying.

“That’s the weapon [Mayweather] does not know how to defend against. For ‘Canelo’, the jab is the key to open any door. ‘Canelo’ has to keep up with the jab, use his intelligence and have a good game plan.”

Mayweather, 36, is a five-division world champion and De La Hoya himself suffered a split decision defeat at the hands of the pound-for-pound king in 2007.