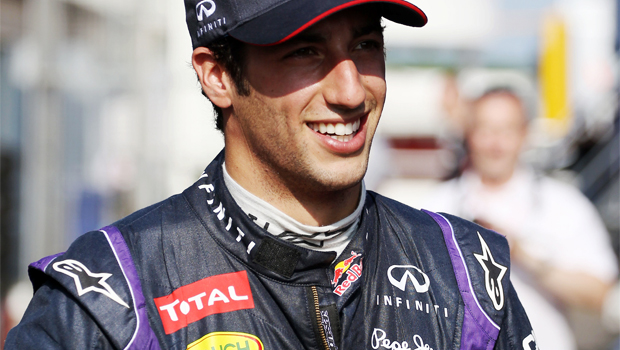 Daniel Ricciardo is in contention to replace Mark Webber at Red Bull ahead of next season but the Australian is keeping his focus on Toro Rosso – for now.

Webber will leave Red Bull at the end of the current campaign and compatriot Ricciardo could be the man to take his seat and partner Sebastian Vettel in 2014.

Red Bull team principal Christian Horner confirmed Lotus’ Kimi Raikkonen and Toro Rosso pair Ricciardo and Jean -Eric Vergne were the candidates to partner Vettel in 2014 but it would seem as if the battle for the Red Bull ride is now a two-horse race.

Ricciardo was given the chance to ride the Red Bull at last month’s young driver test at Silverstone, whereas Vergne missed out, which would indicate that Frenchman has been overlooked by the Milton Keynes-based outfit.

Ricciardo, 24, should know before the Italian Grand Prix early next month whether he will be moving to Red Bull or not, but for now he is happy to keep his focus on his current team.

“I don’t really know how to view the situation. I’m trying not to analyse it too much,” said Ricciardo.

“It was a nice boost for me to get the drive at the young driver test, but I still have to focus on being the best I can.”

He added: “In Hungary, again on Saturday (qualifying eighth) I was happy with the way I drove, but in the race it was clear we weren’t really quick (finishing 13th).

“Everyone is getting pretty excited, but we’ve still some work to do and I’ve my feet on the ground.

“I’m not getting too excited with everything. We’ll see what turns out.”

There have been rumours that Ferrari star Fernando Alonso is keen to join Red Bull for the 2014 campaign but it seems highly unlikely that the Spaniard is a target, as he still has three seasons left on his deal with the Italian team after the conclusion of the 2013 campaign.