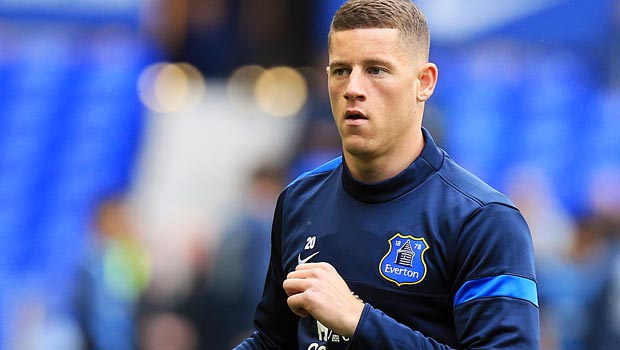 Everton manager Roberto Martinez says the club will not cash in on young midfielder Ross Barkley this summer, even if he performs well at the World Cup.

The 20-year-old had an outstanding season at Goodison Park this term and was duly rewarded with a place in Roy Hodgson’s 23-man squad for the World Cup.

While Barkley is unlikely to start for the Three Lions in Brazil he is expected to play some kind of role from the bench for England, giving him the chance to show off his talents on the world’s biggest stage.

With Barkley having already attracted attention from some of Everton’s Premier League rivals, some Toffees’ fans fear a good showing at the World Cup will only increase the speculation surrounding the midfielder’s future.

Martinez has been quick to play down the possibility of Barkley leaving though, insisting he will remain at Goodison Park next season, no matter what happens in South America.

When asked whether Everton could let him leave this summer, Martinez
replied: “No, no – because it would be wrong for him [to move].

“Ross is a superstar in our eyes already, so for us nothing will change the perception of him.

“Remember, he could be in a position to impress millions, never mind just the people in England, that’s the type of tournament we are talking of.

“He will return as the same person I can guarantee you that. He’s not someone who will lose sight of realism when he comes back.”

Martinez is keen to keep his star men, such as Barkley and Leighton Baines, for next season having finished a respectable fifth in this year’s Premier League.