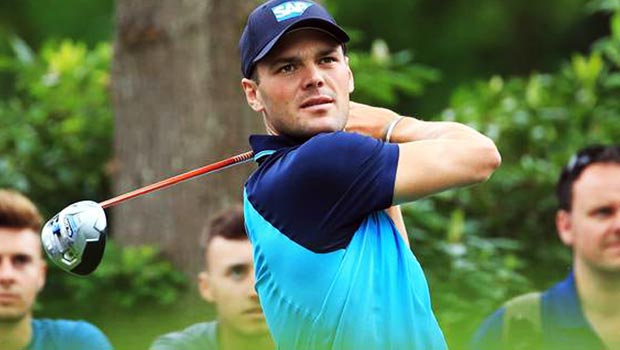 Martin Kaymer says his recent victory at The Players Championship has given him good reason to believe he can triumph at the European Tour’s flagship tournament, the BMW PGA Championship.

The German had struggled to even get himself in contention for the majority of events he entered before his success at TPC Sawgrass a fortnight ago.

With the exception of his winning putt at the 2011 Ryder Cup, the former world number one has endured a tough couple of years but now feels as though he is on his way back to the top of the game.

The 2010 US PGA champion heads to Wentworth this week looking to continue his good form at a course he has tended to struggle with.

Despite making six out of seven cuts at the BMW PGA Championship, the 29-year-old has never managed a top-ten finish at the European Tour event.

Kaymer’s recently rediscovered confidence has given him a renewed sense of belief though and he says he hopes to be in contention for the title come Sunday afternoon.

“Not only The Players Championship – a nice bonus to win that one – but coming into that week, I think I played fairly well at the Masters and then Hilton Head.

“It’s really nice now to be here, to be home in your open, even though it’s not Germany but at least we are close, because I’ve been in America for the last seven, eight weeks and you do start missing home a little bit.

“I think I’ve done okay in the past. I never gave myself a chance to really win that tournament, and really that’s the goal every week we play is to have a chance on Sunday afternoon.

“That is the main thing; you can’t win it on Thursday but you can put yourself in a position to do well.”

Kaymer, along with Francesco Molinari and Henrik Stenson, is 21.00 to win the BMW PGA Championship, while Rory McIlory, who announced on Wednesday he has split from partner Caroline Wozniacki, is priced at 13.00.