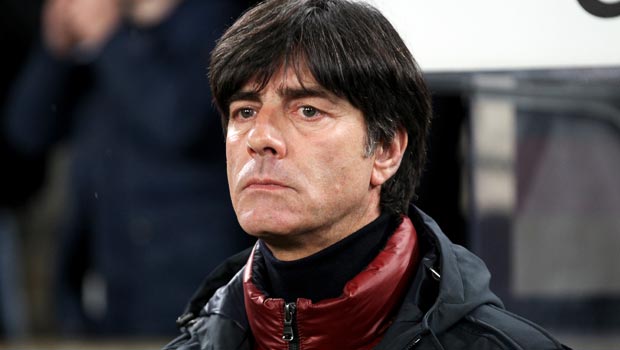 The Germans begin their campaign in Brazil on June 16 against Portugal but are worried they could be without three of their key men for the game in Salvador.

Lahm, Schweinsteiger and Neuer linked up with their compatriots this week following Bayern’s DFB Pokal victory over Borussia Dortmund last weekend but have had to miss the start of Germany’s training camp in northern Italy due to their respective injuries.

While Neuer and Lahm are expected to play some part in the World Cup there are serious doubts over the fitness of vice-captain Schweinsteiger, who has an inflamed knee ligament.

The midfielder is not expected to train before the end of the week after sitting out the DFB Pokal final last Saturday.

Low is trying to stay positive over his injured trio and hopes they will play some part in the training camp in Tirol.

“With regard to the World Cup participation of Manuel and Philipp, we are optimistic but both will be treated intensively,” said Low. “It is good and also important that they will be with us from the start in the Tirol, even if they won’t initially be able to train.”

Low has taken a 27-man squad to Italy for the start of his World Cup preparations and admits he has some hard decisions to make as he looks to trim his party down to 23.

The German coach hopes that injuries to key men will help to keep his entire squad focused on trying to earn a spot on the plane to Brazil.

“I want to see players fighting for their World Cup berths,” he said. “The tournament will certainly challenge all the players physically. Those who go with us to Brazil must all have top fitness and be in a good playing rhythm – that is what the training camp is all about.”

Germany are one of the favourites to win the 2014 World Cup and have been priced at 6.50 to lift the trophy. However, they must first navigate a tricky group which contains Portugal, Ghana and USA. Low’s men are 1.48 to win Group G.