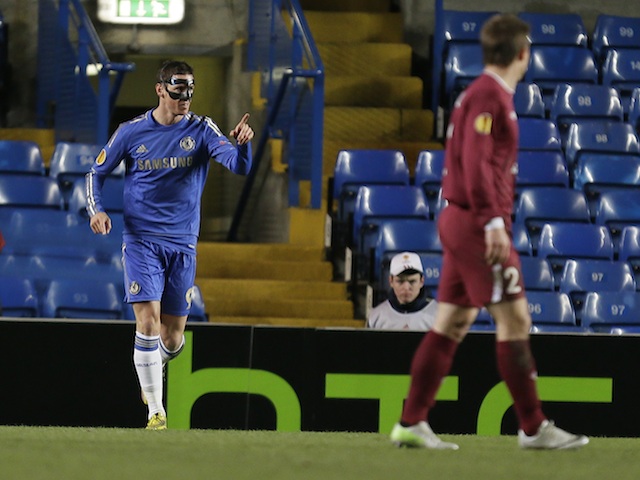 Fernando Torres opened the scoring for the hosts before Victor Moses netted a spectacular shot. The visitors pulled one back through Bebars Natcho’s penalty after a John Terry handball but the Spanish striker bagged a brace to help the Blues pull away.

The London outfit tried to settle down in the opening stages of the match and they were given their reward after David Luiz played a ball to the box which found Torres, who was battling with Rubin captain Roman Sharonov. Despite falling to the ground, the 28-year-old managed to poke his foot out to score his third goal in 23 games.

With a lead and starting to grow with confidence, the Blues doubled their lead after Cesar Azpilicueta crossed a ball to Moses who had his initial header saved, but when the ball returned to him, he hit a swerving half-volley which tucked into the top corner.

Despite being two goals down, the visitors were persistent and were awarded with a penalty after Petr Cech and Vladimir Dyadyun collided to meet a long ball before referee Gianluca Rocchi pointed to the penalty spot after the ball hit Terry’s arm.

Though the defender had his arm in a neutral position, he was booked with a yellow and Natcho stepped up to convert from the spot to give Rubin an important away goal.

In the second half, Chelsea continued to press the action, notably with Juan Mata’s low shot attempt but was saved by Sergei Ryzhikov.

They restored the two-goal lead through a Torres header after a swift exchange of passes from the Blues led to Mata crossing to his Spanish compatriot.

Fans were heard cheering Jose Mourinho’s name but it will be Rafael Benitez  who will lead the Blues to Moscow in an attempt to secure a semifinal seat.