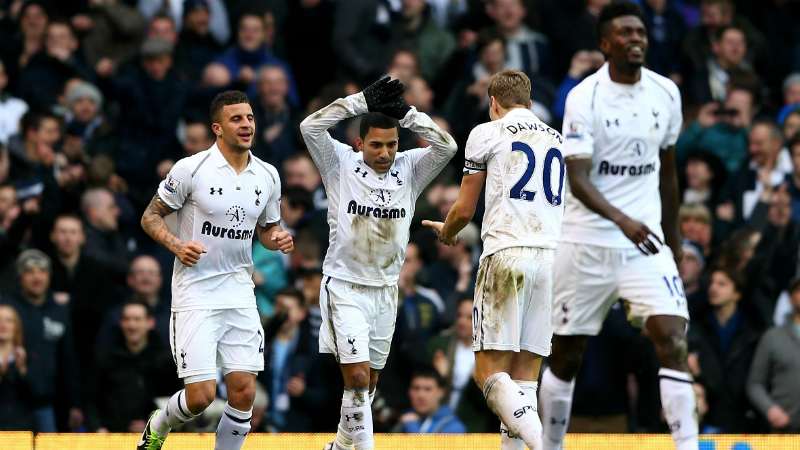 Valtenin Stocker and Fabian Frei silenced the London crowd in the first half before Emmanuel Adebayor and Gylfi Sigurdsson revived their hopes of progressing in the European competition.

Already missing Jermain Defoe to injury, Spurs were given more headache as Aaron Lennon went off injured. But his replacement, Sigurdsson, made his presence felt in the match.

However, the visitors dictated the pace and took the lead in the half-hour mark.

Streller hit the post after a turn-and-shot but Stocker was in position for the rebound and he calmly slotted the ball for a 1-0 lead.

Things went from bad to worse as Jan Vertonghen’s error caused Frei to get the ball in a dangerous position to head the ball past Brad Freidel.

Basel missed a chance to add to their lead as Stocker’s chip beat Freidel but drifted wide of the post before Adebayor pulled a goal and beat Yann Sommer give minutes before the end of the first half.

With a renewed sense of urgency, the home team leveled the match at the hour-mark as Sigurdsson had a deflected effort go into the back of the net.

However, with the momentum on their side, Andre Villas-Boas’ men could find a winner and the visitors pressed on as Mohamed Salah attacked and had two good chances to restore their lead.

With the scoreline 2-2, a late injury to star Gareth Bale added to the burden of AVB as they have much to do in Switzerland for the away leg next Thursday.