Collins was effective in stopping Suarez from dominating 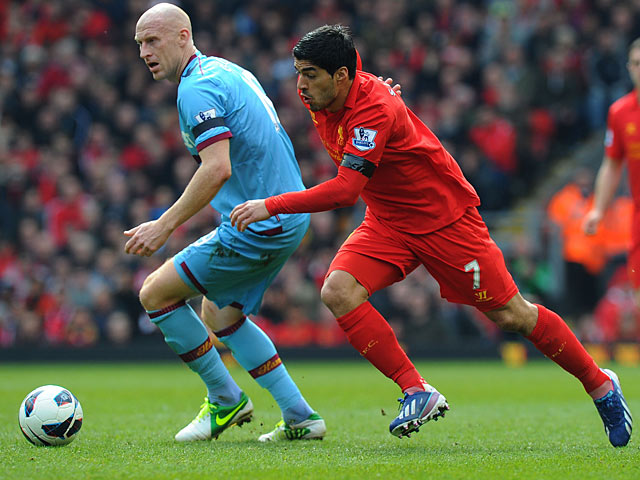 The Hammers stopped the Reds’ offensive threats throughout the match to get a point and the Northern Irishman accepted the result.

“We’re very frustrated that we didn’t get the three points,” he told reporters. “I thought we were more than deserving of it. We kept pushing from the very first minute.

“I thought our intent in the game was very good and some of our quality arrived in good areas but you’ve got to give credit to West Ham. I thought they defended very, very well.

“Some of their blocks and some of their commitment to get their body on the line was admirable.

“For us, it was either a game where you’ve got to score early on to open it up or you need that bit of luck to get the goal.

“Unfortunately, when we did score, it was deemed offside, but if you see it again Daniel Sturridge was clearly onside.

“The performance of the players was really good, their commitment and concentration in the game was outstanding but unfortunately we failed to get the goal which could have led to two or three more.”

Rodgers went on to speak about Philippe Coutinho, raving on his performance despite of failing to score against West Ham.

“The little guy has got real magic in his boots,” Rodgers added.

“He’s a wonderful technician and I think everyone admires his humility, how hard he works for the team. He always wants the ball and is prepared to put his body on the line to work and fight.”